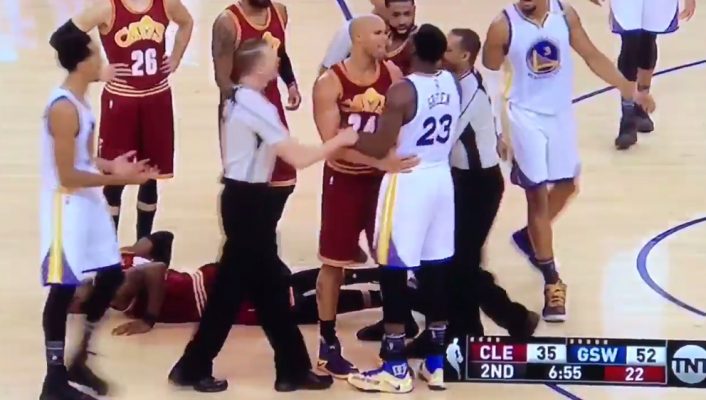 The Cleveland Cavaliers are in the midst of their second matchup against the Golden State Warriors this season and things are already starting to get heated.

Watch as Warriors forward Draymond Green shoulder checks superstar LeBron James in the middle of the second quarter and then receives a flagrant foul. Veteran Richard Jefferson decides to take exception to Green’s foul and lets him know about it afterwards.

Draymond Green hits LeBron James hard with a flagrant. Draymond thinks it's a flop. Richard Jefferson gets in his FACE! #CavsWarriors pic.twitter.com/RuZWrxU43S