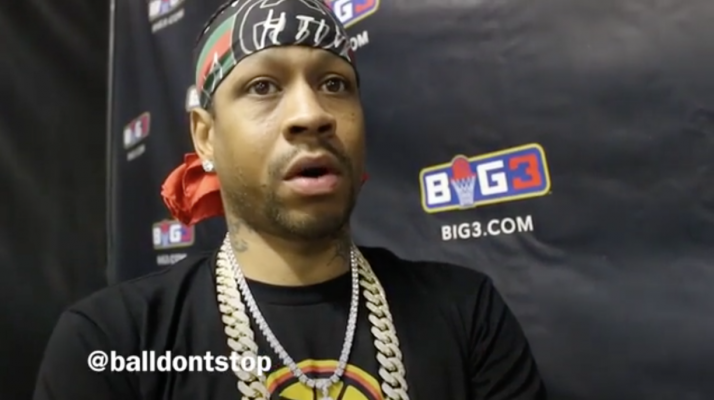 Over the past few years, Cleveland Cavaliers superstar LeBron James has lost favor in the NBA MVP voting. Due to people getting accustomed to his talents and other young players rising through the ranks, the four-time MVP hasn’t won the prestigious award since 2013.

However, one NBA legend is predicting the opposite. At a recent Big3 interview, former MVP Allen Iverson spoke about how James is still at the forefront and will win the trophy this upcoming season:

Allen Iverson gives us his prediction for the 2018 NBA MVP ? #TheAnswer

“I’m gonna with LeBron, regardless,” Iverson said. “I go with LeBron, and then it’s everybody else. But it’s so many great players, man — no disrespect to none of those young guys. It’s some bad little dudes that’s rockin’ out, but you know, LeBron is always at the forefront.”

Although James hasn’t been named MVP in the past several seasons, the 32-year-old has still been puting up some impressive, staggering numbers. Last year, the forward averaged 26.4 points, 8.7 assists and 8.6 rebounds a game. 14 years in and the King hasn’t lost a step.

Iverson, a retired legend now, won the MVP award in 2001. Putting up 31.4 points and 2.8 steals a contest that year, the 6-foot guard shocked the world and took his Philadelphia 76ers to the NBA Finals before losing to the Los Angeles Lakers.