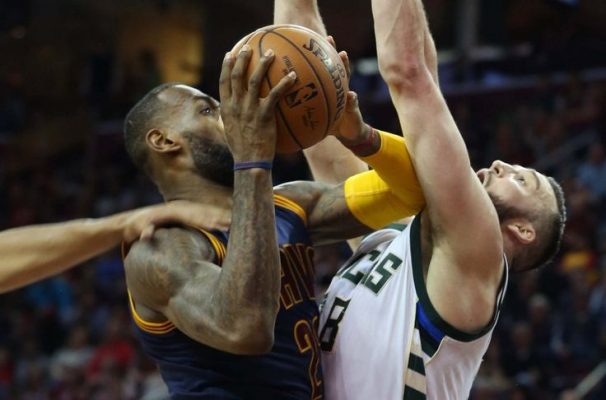 After the Cleveland Cavaliers‘ 100-92 loss to the Utah Jazz on Tuesday night, superstar LeBron James wasn’t able to hide his frustration with the way the game was officiated.

It started with the discussion of one sequence where James felt he had been fouled by Jazz point guard Shelvin Mack, but didn’t get the call. James ended up getting fouled by Mack again on the next possession, and then proceeded to erupt on referee Tyler Ford, which resulted in just his second technical foul of the season.

“Yeah, I got fouled,” James said after the game.

When asked if it was the result of frustration over the way he has been officiated lately, James conceded:

James has regularly expressed frustration with the way he has been officiated throughout his career. Cavs head coach Tyronn Lue had acknowledged the unfair treatment as well during last year’s NBA Finals:

“He never gets calls,” Lue said during the NBA Finals. “Outside of Russell Westbrook, he’s one of the guys that attacks the paint every single play. And he doesn’t get a fair whistle all the time because of his strength and because of his power and guys bounce off of him. But those are still fouls.”

It’s not particularly uncommon for coaches to come to the defense of their star players, however, in this particular case, the stats actually back the claim up and reveal a trend in the way the three-time champion has been officiated in the past two seasons.

Last season, James had the lowest amount of free throws attempted per game since his rookie year, despite averaging 11.1 shots at the rim per game.

This year has been more of the same, James is attacking the basket at a high rate (7.1 shots at the rim per game) but not receiving a proportional amount of calls.

While being top ten in free-throw attempts per game doesn’t seem too bad, analyzing the corresponding amount of shots at the rim tells a strange story. James’ 7.1 shots at the rim per game are significantly higher than Harden’s (4.3) or Butler’s (4.6), and are about even with Westbrook’s (7.4).

Yet, James is astonishingly averaging about three attempts a game less from the line than all three players.

Cavs forward Richard Jefferson expressed his frustration about the disparity after Tuesday’s game:

“This is another night where he’s going to the basket and he’s only getting six three throws, eight free throws,” Jefferson told Fox Sports Ohio. “For a guy that spends as much time in the paint and drives and is aggressive as he is, for him to be bottom 15 in the league in free throw attempts given that he’s the best player on the planet, four-time MVP, it’s [disappointing].