Report: Cavs to Be Without Kyrie Irving and Mike Dunleavy vs. Hornets 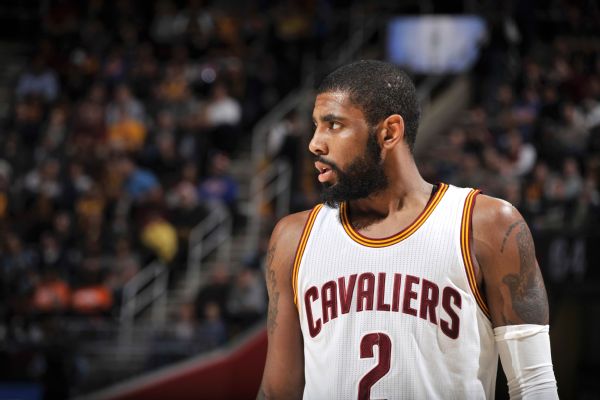 When the Cleveland Cavaliers take the court for their New Year’s Eve contest in Charlotte, they won’t have two members of the already injury-diminished squad playing. That’s because both point guard Kyrie Irving and veteran reserve Mike Dunleavy have been ruled out of the contest.

Kyrie Irving (hamstring), Mike Dunleavy (ankle) both out tonight. Jordan McRae will start in his place

Both players suffered injuries during the team’s Thursday night victory against the Boston Celtics. Irving reportedly tweaked a hamstring, with previous reports stating that the issue was merely related to cramps. Meanwhile, Dunleavy injured his ankle during the course of the win.

In explaining the situation, Cavs head coach Tyronn Lue commented that Irving had hurt the hamstring when he and teammate LeBron James banged their knees together during the first half of the Boston game.

“He’s gonna be cautious,” Lue said. “No need to try and go out and be a hero tonight, so after they banged knees when he fell under the basket…he’s experiencing some tightness right now so we’re gonna be, you know, hold him out.”

Jordan McRae will take Irving’s place in the starting lineup, while the dwindling number of reserves available will fill in for Dunleavy’s absence.