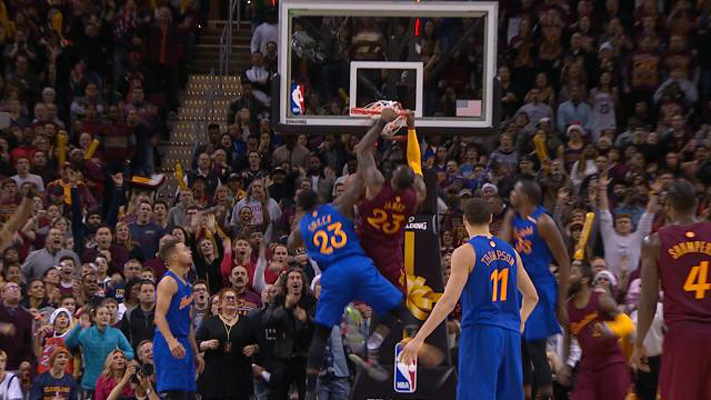 Although the Cleveland Cavaliers came away with a narrow 109-108 victory over the Golden State Warriors on Christmas Day, some fans are claiming that the outcome would have been different if two crucial fouls were called down the stretch.

According to a review of the officiating in the final two minutes of the game, the NBA states that Richard Jefferson should have been called for a tripping foul on the Warriors’ Kevin Durant on the final possession of the contest.

In addition, the NBA is stating that Cavs superstar LeBron James should have been called for a technical foul for hanging on the rim with 1:43 remaining in the game.

The two calls would have undoubtedly made a difference, however, there’s no telling how many calls the referees missed in the first 46 minutes of the game, which a majority of could have been called in Cleveland’s favor.