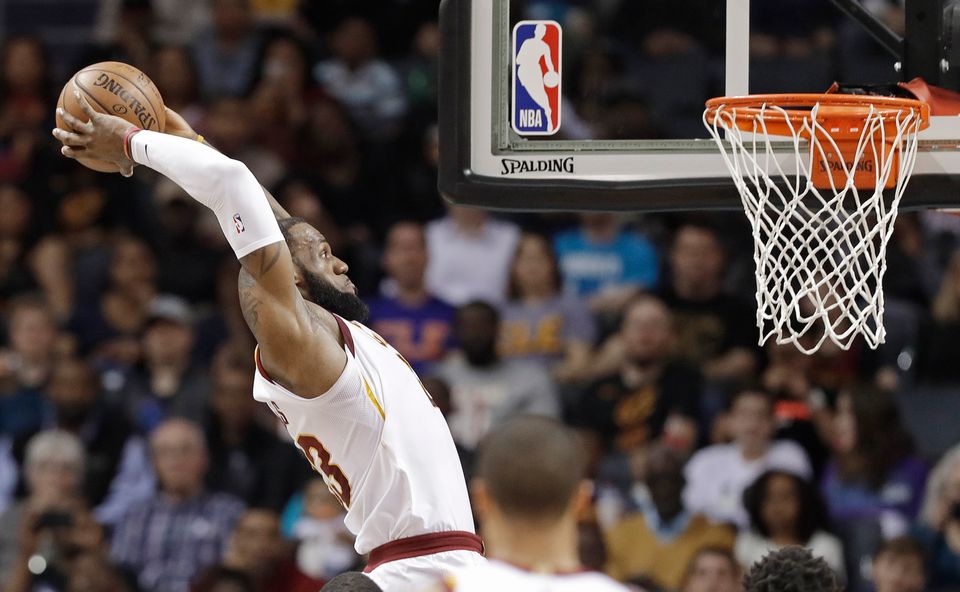 (Charlotte, NC) — The combination of LeBron James‘ 41 points and the team’s 64 percent (28-of-44) shooting from the field during the second and third quarters helped the Cleveland Cavaliers get back in the win column as they defeated the Charlotte Hornets by a 118-105 score at Spectrum Center on Wednesday night.

Following cold shooting in the first quarter, the Cavaliers watched their shooting touch warm up almost immediately, connecting on 15-of-21 (71 percent) from the field in the second period and drilling four 3-pointers. That allowed them to put together a 33-15 run over almost all of the final 8:42 of play before intermission. When halftime arrived, the Cavs were holding a 64-54 advantage, having scored 42 points during the quarter. Over half of those points came on a combined 26 from James (16) and J.R. Smith (10).

Keeping up that strong shooting after the break, the Cavs hit for 57 percent (13-of-23) from the field in the third as they boosted their lead to as many as 20 points to take a 95-78 lead into the final period. James added 13 more points during those 12 minutes, while Smith contributed another six points, production that was needed with the Hornets hitting 65 percent (11-of-17) of their attempts from the field in the quarter.

In the fourth, Charlotte made things interesting by getting the margin down to nine points with 4:43 to go in the game. However, back-to-back 3-pointers by George Hill and Rodney Hood and a thundering dunk by James cooled the threat for good.

“After a tough loss last night in Miami, we had to bounce back,” James said. “Miami kind of pushed us out of our comfort zone and we wanted to come back strong and we did that.”

James collected a double-double by grabbing 10 rebounds and also dished out eight assists. Smith scored 19 on 8-of-9 from the field, while Jeff Green finished with 18 and Hood tossed in 13 points.

Smith offered a more basic reason for the dog’s connection to his success on the night:

“It helped me take my mind off the game,” Smith said.

Rookie Cedi Osman again suited up after missing nearly three weeks because of an injured hip and scored three points in the waning moments of the contest. That good news was in contrast to the news that the Cavs were forced to play without Kevin Love, who’s currently in concussion protocol. No timeline was given as to when Love might return.

“When we knew he (Love) wasn’t playing, we knew we had to do more,” Green said.

James managed to enter the record books during the first half by reaching double-figures in scoring. That gave him 866 consecutive double-figure games, tying him with the all-time leader in this unique category, Michael Jordan. James will very likely become the new record-holder when the Cavs next play on Friday night.

“It just means I’ve kept my body in tune, in shape, through all these years,” James said. “Any time I’m in the same conversation as Mike and other great guys lets me know I’m doing the right thing.”

The Cavaliers now return home for a Friday night matchup against the New Orleans Pelicans, with tipoff set for just after 7:30 p.m. ET. Cleveland will be looking for revenge for the 123-101 loss it suffered at the hands of New Orleans back on Oct. 28.