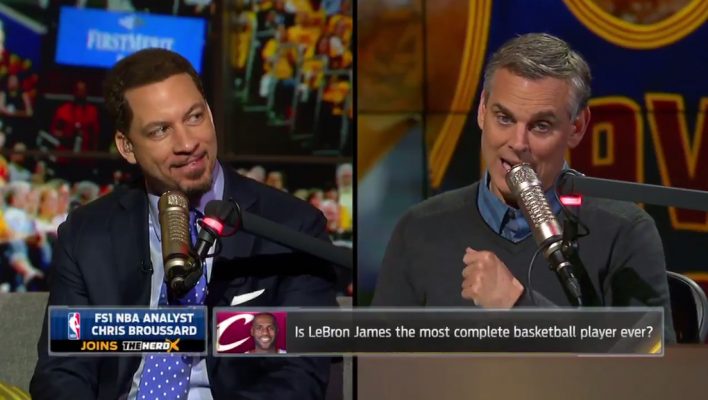 The lingering debate over whether the LeBron James is better than Michael Jordan has had supporters and detractors arguing on both sides. The most recent debate took place on Fox Sports 1 on Wednesday, when host Colin Cowherd and guest Chris Broussard undertook the issue during a brief discussion.

Cowherd, who also included Magic Johnson in his assessment, took the position that James was the most complete player in his lifetime. The reason stemmed from James’ ability to score, handle the ball and be a quality teammate. Broussard, who at one time used to write for both the Cleveland Plain Dealer and Akron Beacon Journal, took the position that Jordan was his choice by a small margin and that James was ranked second-best.

One aspect of James’ overall game that Cowherd wants him to emphasize more, however, is his scoring ability. Broussard believed that Jordan had more of a scorer’s mentality and offered an anecdote about the Hall of Famer’s 1988-89 season, when he briefly served as point guard for the Chicago Bulls.