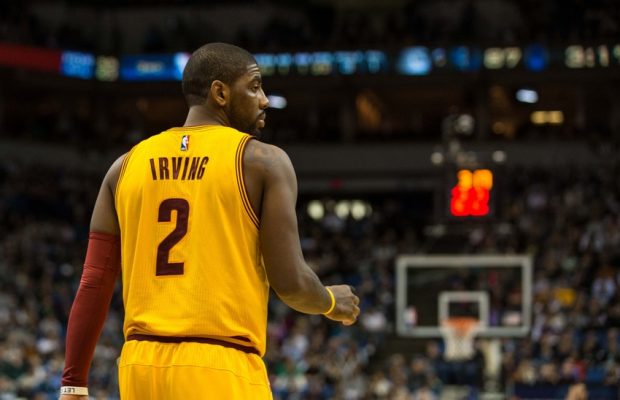 With training camp set to open in approximately a month, the Cleveland Cavaliers finds themselves still trying to deal with the trade request made by point guard Kyrie Irving. However, one NBA insider believes that the pace for pursuing any deal will pick up considerably early next month.

Sam Amico of AmicoHoops.net was asked to envision the Cavaliers one year from now and answered:

“I think the odds of Irving getting traded are still very strong. The Cavs remain in some talks, and the ones they aren’t having will be revisited in early September when most general managers return from vacation and start making calls again,” Amico said. “But I also feel strongly that LeBron (James) will remain with the team — provided the roster isn’t a total disaster at season’s end and the team doesn’t collapse in the playoffs. And it’s hard for me to envision either of those things happening. (For the record, I also think Dwyane Wade will join the Cavs at some point this season.)”

Amico also indicated that Irving’s change in personality dates further back than early July and that a season of craziness is likely ahead, regardless of what ends up taking place:

“His behavior has been a little strange since the whole ‘world is flat’ theory at All-Star Weekend,” Amico said. “With or without Kyrie, though, the season will likely be ‘a circus’ for the the Cavs regardless. Both the local and national media cannot just leave well enough alone when it comes to this team. I’m convinced these Cavs are the most scrutinized organization in all of sports.”

That media microscope will start focusing once training camp begins and become even more intense once the regular season gets underway on Oct. 17. That’s when the Cavs open up the regular season with a home matchup against the Boston Celtics.