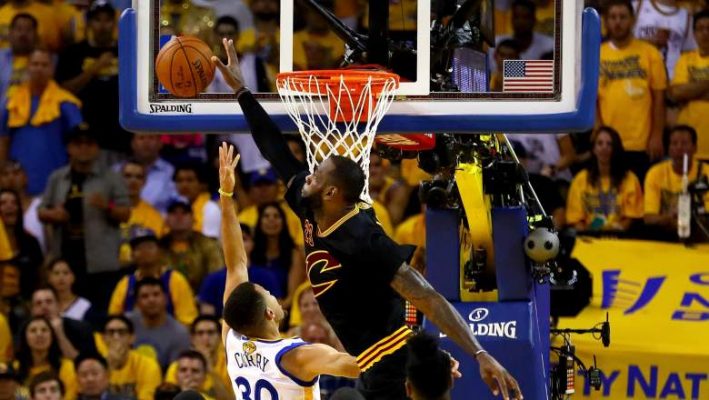 The impact of LeBron James’ block on Andre Iguodala’s shot in Game 7 of last year’s NBA Finals hasn’t diminished at all among fans of the Cleveland Cavaliers. Nearly five months later, it’s clear that it continues to resonate within the world of sports as a clear example of never giving up on a play.

The latest evidence of that came in postgame remarks by University of Alabama football head coach Nick Saban on Saturday night. Saban’s top-ranked Crimson Tide squad had a challenging task in front of them in facing the Louisiana State University Tigers in front of a hostile crowd in Baton Rouge. Therefore, to motivate his team, he invoked James’ iconic block, with Alabama going on to win the game by a 10-0 score.

Saban is quite familiar with the Northeast Ohio sports scene, having played and coached at Kent State University, serving as a head coach of the University of Toledo and serving as a Cleveland Browns assistant under Bill Belichick. During his time with the Crimson Tide, he’s led the school to four championships after winning another one at LSU. James has three titles to his credit and is currently beginning work on a fourth championship.