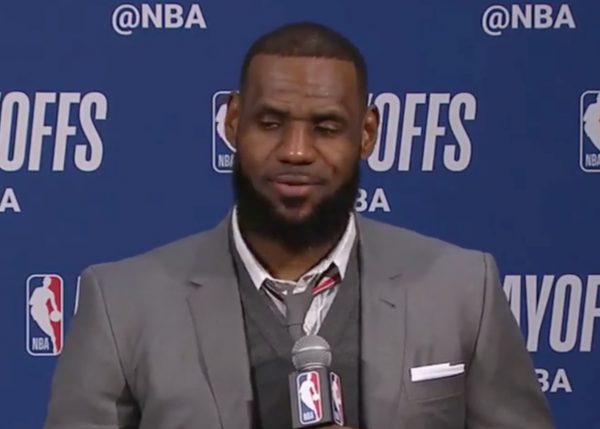 It’s become increasingly clear that this Cavs team may be the most devoid of instant offense since James’ return to Cleveland in 2014.

After their devastating Game 3 loss to the Pacers on Friday night, James was asked if there was anything he could do to make his teammates play at a level higher than what they’re capable of. That’s when James decided to fire back with this gem:

LeBron is standing by his teammates. (?⬆️)

“What are you guys looking for? You guys think I’m gonna throw my teammates under the bus? No? I’m not about that,” said James. “Guys just gotta play better, including myself. I had six turnovers tonight, I was horrible in the third quarter, couldn’t make a shot. If I make some better plays in the third quarter, then the lead don’t slip. We know we all gotta play better as a collective group.”

No matter what James says, it was quite evident that he was offered no help during the fourth quarter on Friday night. There was even a stretch during the final nine minutes from 9:16 to about 7.6 seconds left on the game clock where not a single other Cavalier scored other than James.