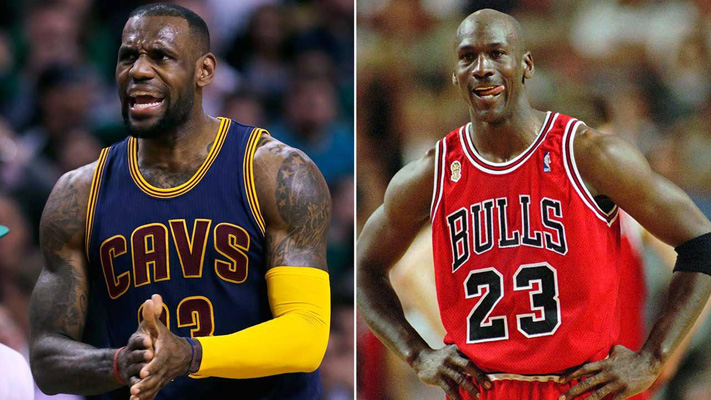 There are several media personalities in the world who over the years have tried to make the argument that LeBron James is already a better basketball player than Chicago Bulls legend and six-time NBA champion Michael Jordan.

Only it seems as though each time that argument is made, one of Jordan’s contemporaries comes out of the woodwork to not only disagree with the assessment, but to put down the person who made the argument in the first place.

But now, in the wake of the 2016 NBA Finals in which James led all players in every major statistical category, even Jordan’s contemporaries are starting to become believers.

Jay Williams, former Duke Blue Devil and Chicago Bulls standout, sent out a series of tweets Sunday night in the wake of the Finals, which indicated that he believed James is unquestionably a better basketball player than Jordan.

I have watched Michael Jordan my whole life & I have played against Jordan. Lebron James is better.

But that wasn’t where he stopped. Williams went on to tweet several photos and stats that supported his conclusion that James has been the better player. First he retweeted this image.

Against the greatest team in regular season history? pic.twitter.com/MruUt334yg

Then yesterday he tweeted out another image, which shows the accomplishments of both Jordan and James through the age of 31. It is pretty apparent that James has accomplished just slightly more than Jordan at this age.

The backlash against Williams was predictable, as staunch supporters of Jordan again came out of the woodwork to try and disavow the things he was saying.

But Williams compared the vitriol to the last time he stood up for a Cleveland Cavaliers player, namely when he declared that Kyrie Irving was the best point guard in the NBA, not Stephen Curry, Chris Paul or Russell Westbrook.

Ha. I love the hate. It's the same hate I got a year plus ago when I said @KyrieIrving was the best PG in the league.

Of course, after watching Irving dismantle any and all defenders in these NBA Finals, it’s hard to argue with Williams.

And when it comes to James, it’s becoming harder and harder to argue against his status as the game’s greatest to ever play with each passing season.