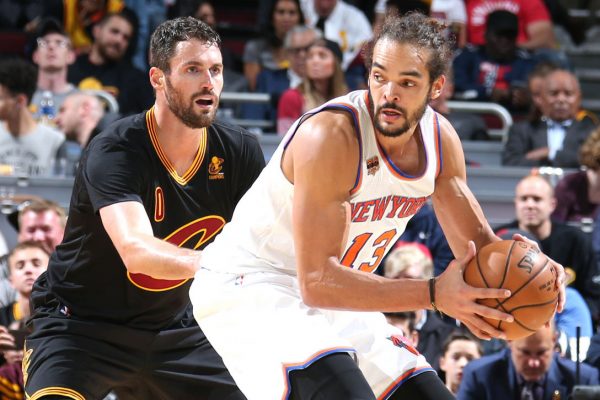 Having never won a title in his NBA career, one of the newest members of the New York Knicks, Joakim Noah, appeared to purposely disrespect Cleveland Cavaliers’ champion ceremony on Tuesday night. As the ceremony began, Noah continued to practice his free throws, which was captured in a tweet.

While the disrespect from Noah was undoubtedly annoying to many people connected to the Cavaliers and its fans, Cavs owner Dan Gilbert ignored the blatant effort at trolling by then handing out championship rings to the team’s coaching staff and players.

The New York Daily News indicated that in the days leading up to the ceremony, Knicks head coach Jeff Hornacek had wanted his players to watch the ceremony, presumably to garner some motivation for bigger things.

“Sometimes it helps (to watch), sometimes they just want to ignore it,” Hornacek said. “Maybe it’s good for some of the young guys to see it. The old guys are like, ‘I don’t want to watch that.’ It’s whatever their choice. I think most of our guys prefer just to get ready and focused for the game.”

In addition, prior to the pre-game furor, Noah actually gave something of a backhanded compliment to the city of Cleveland

“Congratulations to Cleveland. Even though it’s not a vacation spot, you guys got your championship,” Noah said.

After signing a four-year, $72 million deal with the Knicks during the offseason, the 31-year-old Noah is beginning his 10th season in the NBA. Prior to that time, his entire career was spent with the Chicago Bulls, with that franchise’s best season during Noah’s tenure coming in the 2010-11. That year, they reached the Eastern Conference Finals, where they lost to the first of James’ Miami Heat squads.