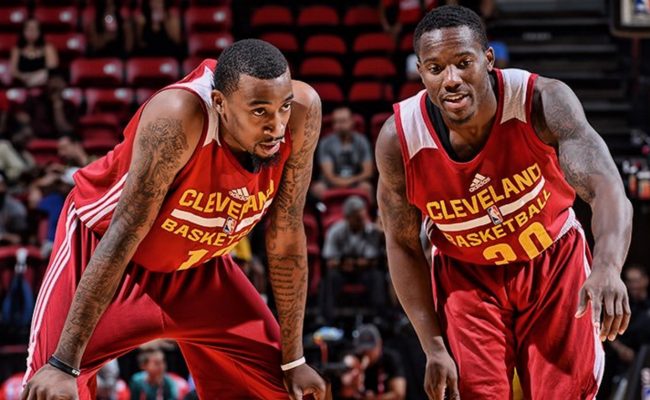 As of now, Felder is the official backup to starting point guard Kyrie Irving on the team’s depth chart. This move was reportedly made official when the Cavs waived veteran point guard Toney Douglas on Saturday.

However, according to Lue, the team could still operate by committee when Irving is off the court.

“We’ll just see how the flow of the game goes, and what is going on in the game,” Lue said.

The Cavs still have point guard Mo Williams under contract for $2.2 million, even though he’s still pondering the decision to retire as he recently had left knee surgery.

The 21-year-old Felder looked great in NBA Summer League and has continued his solid play in the Cavs’ five preseason contests, putting up averages of 10.4 points and 2.4 rebounds in 25 minutes per game.

For Felder, he will have more of an opportunity to show off his skills on Tuesday night when the Cavs host the Washington Wizards at Quicken Loans Arena. The contest, which is scheduled to tip off shortly after 7:00 p.m. ET, will be broadcast live locally on Fox Sports Ohio and nationally on NBATV.