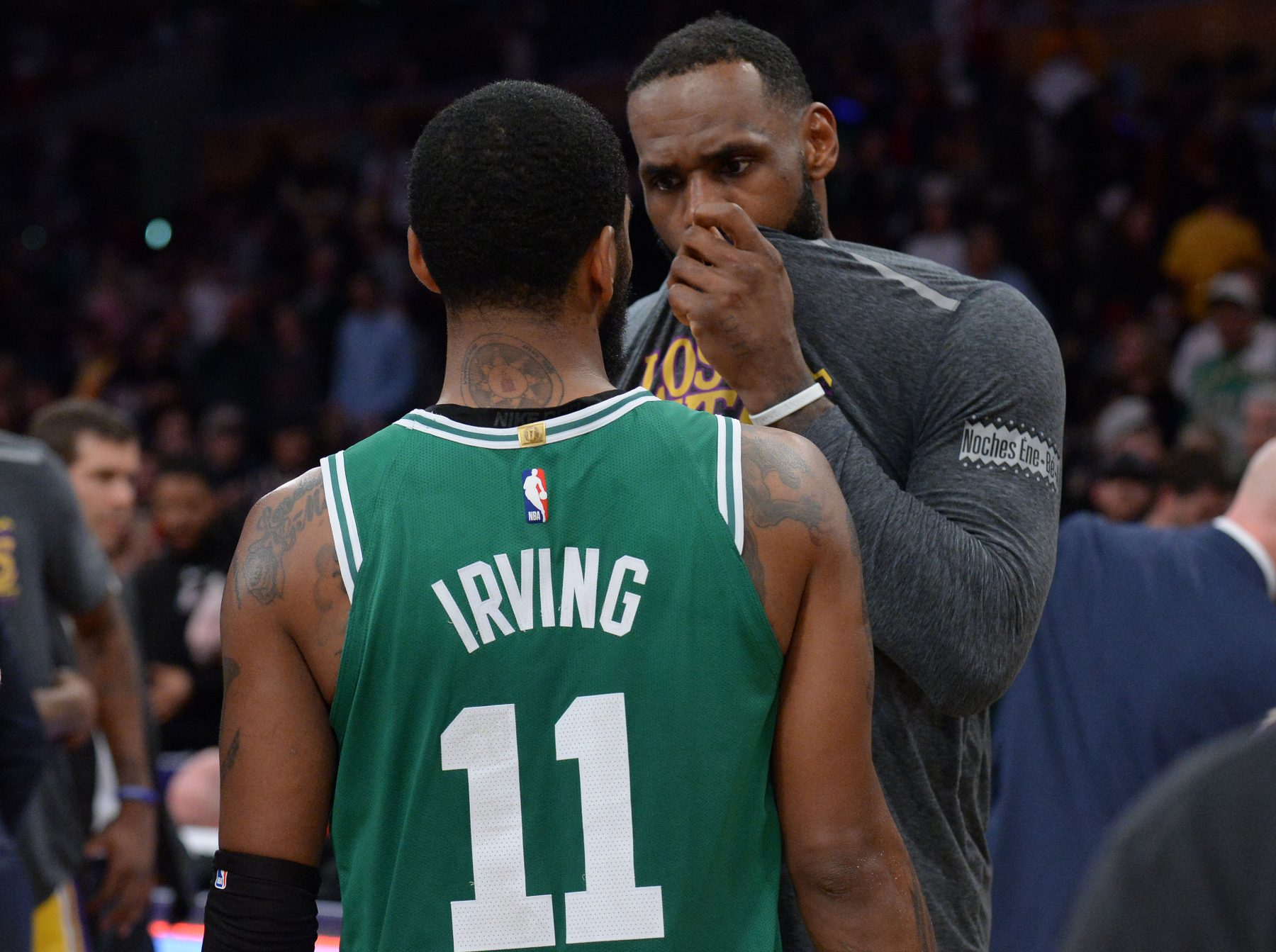 Prior to his abrupt resignation from the position of president of basketball operations for the Los Angeles Lakers, Magic Johnson was in the position of rebuilding the once-great franchise.

Despite now being out of the loop, the Hall of Famer indicated on ESPN’s “First Take” that his former team should pursue either Toronto Raptors forward Kawhi Leonard or Boston Celtics point guard Kyrie Irving in free agency.

Magic Johnson on @FirstTake says that the Lakers too targets in free agency should be Kawhi Leonard and Kyrie Irving.

Johnson resigned after the Lakers failed to reach the playoffs this season.

Part of the problem was that their key acquisition during last summer’s free agency, former Cleveland Cavaliers forward LeBron James, dealt with injuries that limited him to just 55 games on the season.

In addition, a failed quest to obtain New Orleans Pelicans forward Anthony Davis upset a number of James’ teammates that would have potentially been traded to complete the acquisition.

Irving was acquired by the Celtics in August 2017 after demanding a trade from his original team, the Cavaliers. During the 2018-19 campaign, his criticisms of teammates caused controversy, with one report indicating that Celtics players wanted him to sign with another team this summer.

That very well may happen, though the prospect of signing with the Lakers would likely garner the most publicity. That’s because the relationship between Irving and James has seen many ups and downs over the years, with his trade request reportedly being based on no longer wanting to play with James.

James has also delivered public criticism since that request, though in recent months, the two players appear to have settled their differences.

Whether or not that translates into Irving signing with the Lakers is a question that won’t be answered until July.