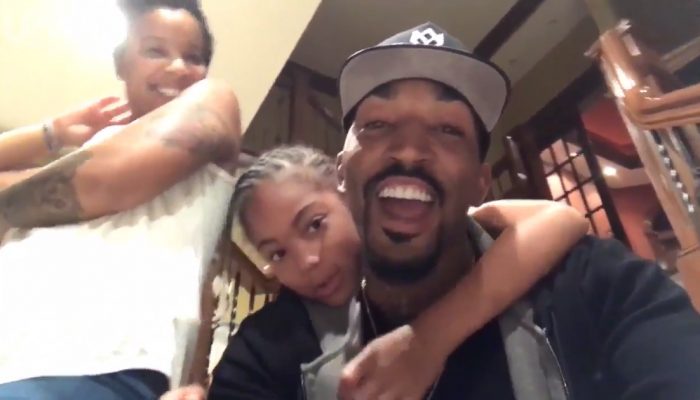 To put to rest the idea that the good news of J.R. Smith signing a four-year contract with the Cleveland Cavaliers is a hoax, Smith himself took to Twitter to officially confirm the deal that’s worth $57 million. For good measure, he capped his comments with some additional good news on an off-the-court level.

Smith appeared via the UNINTERRUPTED platform from his home, with his daughter clinging to him and his wife standing behind him to his right. After making the contract announcement, he thanked his teammates and agents at Klutch Sports Group, followed by an acknowledgement of the support that fans have shown him. He then announced that his wife is expecting another child.

.@TheRealJRSmith and family are beyond thrilled to be back with the @cavs but also have some other BIG news to share. pic.twitter.com/NvC9bXjtTt

Earlier reports in the week had Smith potentially looking at other teams, with the Boston Celtics and Philadelphia 76ers the most talked about potential destinations. Whether or not that news sparked negotiations is debatable, but the bottom line is that Smith will be back in the Cavaliers lineup when the season gets underway on October 25.