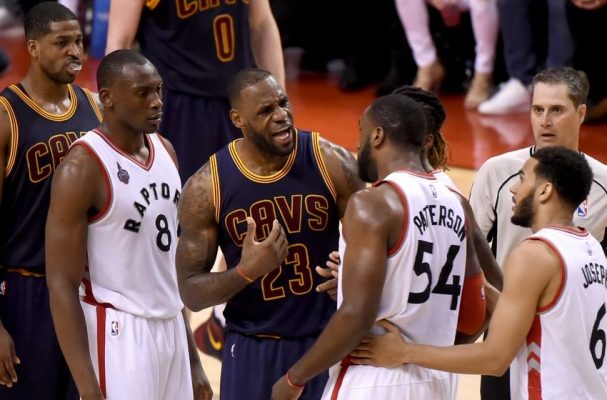 LeBron James of the Cleveland Cavaliers is easily recognizable across the country and on an international level. He’s definitely recognizable in Cleveland, yet that didn’t stop one Cavaliers fan from mistaking the Toronto Raptors’ Patrick Patterson for James on Wednesday night.

Patterson was in Cleveland with his Raptors teammates to face the Cavs in a Thursday night preseason contest. While waiting in line at a Chipotle restaurant, a woman asked if he was James. Patterson disabused her of that notion, though a friend of the woman commented that the 6’9″ Patterson was too skinny and small to be James, which annoyed him.

The encounter was bizarre enough for Patterson to post his side of the story on the social media outlet, Snapchat. To add to the absurdity, Patterson included some available filters, with the disposable comments saved by a Twitter user.

Raptors forward Patrick Patterson's story about how someone thought he was LeBron at a Chipotle IN CLEVELAND ?

The Raptors return to Cleveland on November 15, though Patterson hasn’t indicated if he’ll patronize Chipotle again. There’s also no word if James plans on standing in line at a Toronto restaurant, either.