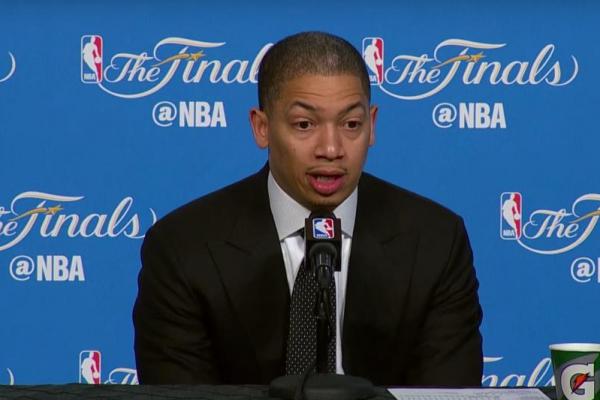 Despite the status of LeBron James as a four-time Most Valuable Player and two-time NBA Finals MVP, Cleveland Cavaliers head coach Tyronn Lue believes that James is being shortchanged when it comes to getting the benefit of the doubt from the league’s referees.

Lue made the comments following the team’s 108-97 loss in Game 4 of the finals against the Golden State Warriors. Saying that James attacks the paint on every play and comparing him to Oklahoma City Thunder guard Russell Westbrook, Lue noted that because James’ strength gives the image of such hits not having any effect on him, referees tend to ignore what is still considered a foul on the average NBA player.

The Cavaliers, who find themselves down 3-1 against the Warriors, look to extend their season on Monday night. However, the game will be at Oracle Arena, where they’ve lost their last four contests.