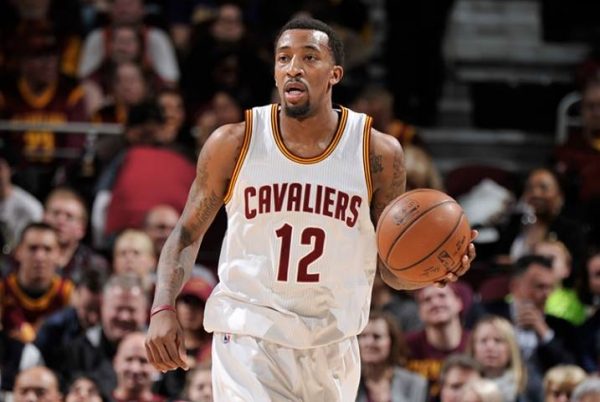 (Cleveland, OH) — In a dominating effort on Wednesday night, superstar forward LeBron James and the Cleveland Cavaliers (1-0) kicked off their title defense with a bang in a 117-102 thrashing of the Orlando Magic (0-2) in the Cavs’ preseason debut at Quicken Loans Arena.

In just 13 minutes of action, James had seven points on 3-of-4 shooting and a whopping six assists. The highlight of the first half came when power forward Kevin Love tossed a full-court pass to James, who finished with an easy dunk at the other end.

Even without the services of All-Star point guard Kyrie Irving, who was at the arena dressed in an all-black suit, the Cavs led most of the contest by double digits and were up by as many as 31 points.

Shooting guard Jordan McRrae was the star for the Cavs on Wednesday night, coming off the bench for a team-high 20 points (8-of-13 shooting from the field), seven rebounds and five assists.

With the Cavs leading 71-48 and 8:48 remaining in the third quarter, McRae got the crowd on their feet with a posterizing two-handed dunk over newly-acquired Magic center Bismack Biyombo.

“I’m around a lot of vets who’ve done a lot of different things in their career,” McRrae said of his work over the summer. “A lot of different accomplishments, just being able to see that every day, only makes me want to go harder.”

Also off the bench, rookie point guard Kay Felder provided a spark with 14 points on 7-of-11 shooting, four rebounds and two assists in 23 minutes.

Frye was quick to compliment the Cavs’ defensive effort as a team, who only gave up 42 points in the first half.

“I think overall, we’re working together as a team, guys are being energetic and being positive,” Frye said after the game. “42 points ain’t bad. For us I think we have to get a little better but for a first game, I’m cool.”

For the Magic, forward Jeff Green had a team-high 19 points, forward Mario Hezonja had 17 points and guard Evan Fournier had 14 points.

Up next, the Cavs will play their second game of the preseason at Quicken Loans Arena against the Philadelphia 76ers on Saturday night. The contest, which will be broadcast live locally on Fox Sports Ohio, will tip off shortly after 7:30 pm ET.