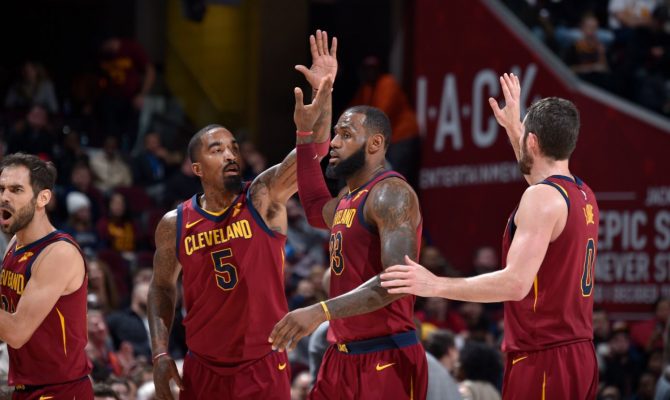 Roughly 30 hours after the Cleveland Cavaliers completely revamped their roster by trading away six players and acquiring four in a pair of separate deals, the team’s starting lineup against the Atlanta Hawks on Friday night will take on a much different look.

LeBron James, J.R. Smith and Tristan Thompson remain part of the starting lineup,with Jose Calderon and Cedi Osman getting the call off the bench, at least for the Hawks game.

Calderon was inserted into the starting lineup back in November, with the Cavaliers running off 14 wins in their next 15 games. Osman’s selection was in part connected to the high praise offered of him by Cavs head coach Tyronn Lue on Wednesday night.

The expectation is that the four new players will take the court for the first time in a Cavaliers uniform on Sunday afternoon, when they Cavs face the Boston Celtics on the road.