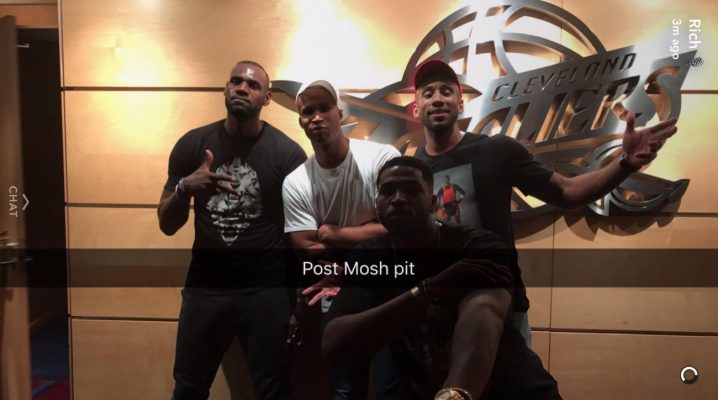 LeBron James is certainly a man of the people.

On Saturday night, James walked into Quicken Loans Arena for a Kanye West concert and was immediately showered with chants of “MVP.”

He was later seen dancing and even jumping into mosh pits with Cleveland Cavaliers teammates Richard Jefferson, Tristan Thompson, and Dahntay Jones.

The footage was captured via Jefferson’s Snapchat and James’ Instagram. Take a look for yourself below.

.@KingJames in the GA pit with fans during the #SaintPabloTour in Cleveland tonight. Via his IG story. pic.twitter.com/cotNsNN3HW