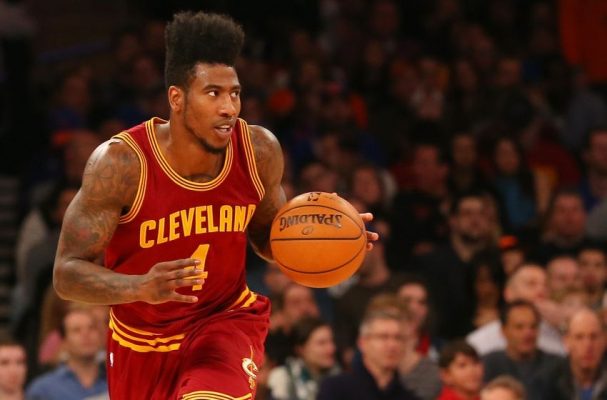 Cleveland Cavaliers shooting guard Iman Shumpert has watched the continuing controversy over conflicts between African Americans and police spill over into sports with regard to the national anthem. Reflecting on offering the right kind of message to deal with the problem, he has decided to donate money to charity for every steal he collects during the 2016-17 season.

Shumpert announced this via his Instagram account. Showing a photo of his 10-month old daughter, Shumpert wrote that the money would be donated to a foundation that was committed to forging a path of peace between the police and African Americans.

Shumpert also indicated that he respects the awareness created by San Francisco 49ers quarterback Colin Kaepernick about the issue. However, he believes that those who fought for the American flag don’t deserve the disrespect that kneeling during the anthem would engender.

Take a good look at my daughter Iman Tayla Shumpert Jr. The moment she was born was the day I saw the world a lot different. All day I wonder how can I raise her the right way and teach her the right lessons. I can't explain to her what's going on these days between the badge and the people. The badge was made to protect us, not scare us. #stealthefear #steal?fear #weprayforpeace For each steal I’m going to donate money and time towards a foundation(s) striding to improve the struggle between the badge and the citizen. I challenge all sponsors and athletes to match these proceeds to contribute to the cause helping families affected by all the killings leaving families and communities traumatized. As big as an awareness Kap has raised by taking a knee and the bravery it took for so many to follow I also understand those that fought for that flag have nothing to do with whats going on in our society today and I no longer believe taking a knee is the answer. This news makes me sick and I am challenging myself to make a difference! #stealthefear #steal?fear #weprayforpeace

Since the Cavaliers won the NBA title on June 19, Shumpert has had the most newsworthy summer among all the members of the team. A cameo appearance with his wife, Teyana Taylor, and daughter in a Kanye West video was then followed last month by a DUI arrest that involved marijuana. Shumpert then cut a rap song that appeared to indicate he would be kneeling during the playing of the anthem.

Shumpert has been practicing with teammates in a minicamp that will precede the team’s actual camp, which opens on Monday with media day.