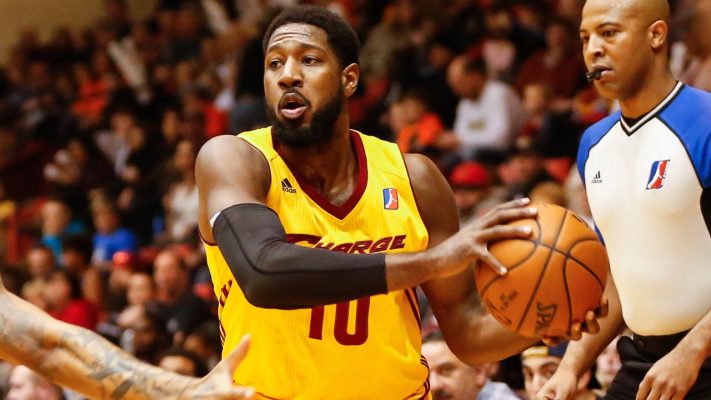 In an effort to fill out their training camp roster, the Cleveland Cavaliers are expected to sign John Holland, who was recently waived by the Boston Celtics. He’s a 6’5″ guard from Boston University who played for the Cavs’ D-League franchise, the Canton Charge, last season. International basketball writer David Pick indicated via a tweet on Friday morning about the pending signing of the 27-year-old.

The Cavaliers will sign John Holland, waived by Celtics, according to source. He'll get a shot to crack roster.

Holland played in one minute of a playoff game with the Boston Celtics last season after being acquired by them on April 11. He was released on August 31, with the Celtics indicating that they wanted to provide Holland with enough time to sign with another team.

During his 37 games with the Charge last season, Holland averaged 16.0 points per game, 3.1 rebounds and 2.0 assists. He had been eligible for the 2011 draft, but was not selected and went on to play in France, Spain and Turkey before being signed by the Charge last December 23. That came approximately two months after he had been released by the San Antonio Spurs.

From a more important perspective, one guard who remains unsigned for the Cavaliers is shooting guard J.R. Smith. There’s still no indication if and when that signing will take place.

cleveland cavaliersfeaturedJ.R. Smithjohn hollandnews ticker
← Previous Story Cavs News: Iman Shumpert Arrested on Suspicion of Marijuana-Related DUI
Next Story → An Update on J.R. Smith and When He’s Expected to Sign a Deal With the Cavs