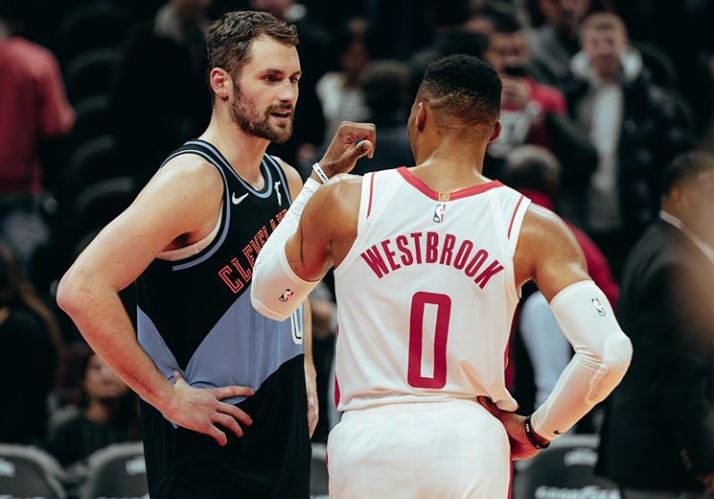 In fact, the two played together at the University of California, Los Angeles.

@UCLA Athletic Hall of Fame Class of 2020. My running mate, roommate, and brother @russwest44 — Congratulations. Happy to be a part of your journey and inducted in the same year. Too many memories to unpack here…but I remember my first day on campus, 2 weeks after my high school graduation, you let it be known that my outfit was absolute trash. Knew it was going to be all love from then on. From our Final 4 run, to you meeting @ninawestbrook, and the endless late night card games (I’m up 1) – that 07-08 season will always be special. Back to back picks in the 2008 Draft and the rest is history. All love my brother. On to the next. 🙏🏻🙏🏻🙏🏻

After costarring at UCLA, Westbrook and Love both went on to be selected in the 2008 NBA Draft.

Westbrook was drafted by the then-Seattle Supersonics with the No. 4 overall pick. Love was taken immediately after by the Memphis Grizzlies with the No. 5 pick.

Since then, both players have gone on to accomplish great things in the NBA.

Love played a major role in helping the Cavs win the 2016 NBA Finals. Westbrook was named the 2017 NBA MVP.

At the moment, Love surely has Westbrook in his thoughts. The star guard recently revealed that he had tested positive for the novel coronavirus.