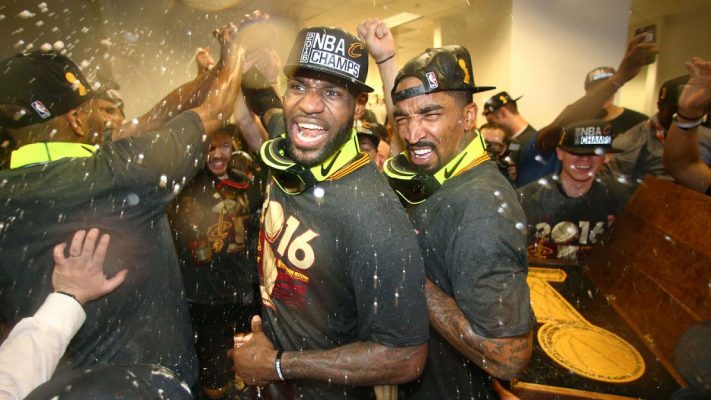 It’s been the big elephant in the room — the ongoing contract negotiations of J.R. Smith.

The instrumental guard in this past season’s NBA Finals along with his agent Rich Paul seem to be at a standstill with the Cleveland Cavaliers organization.

The latest report had Smith and his agent asking for a $15 million contract, while the Cavs were reportedly willing to offer a contract in the $12 million range.

Although Smith isn’t expected to sign with any other team, an exact date on the contract signing has yet to surface.

The 6’6″ guard turned 31 today and was sent a heartfelt message by superstar teammate LeBron James via Instagram.

Happy Bday to my brother @teamswish!! Not a day goes by and I don't think of you kid! Proud of the man you've become over the years. Since day 1 when you were coming to Akron when u were still in HS to work with me I've always believed in you. Quite frankly more than u believed in yourself at times and I've never wavered cause i knew what you were all about. Loyal, caring, driven, misunderstood, passionate, trustworthy, etc etc etc. Most importantly TRUE!! Enjoy your day to the fullest and know i can't wait to get back to work on that court with u as my wing backcourt mate!! Let's go. #Automatic #Worrkkkk #Swisher #RocketLauncher #Champion