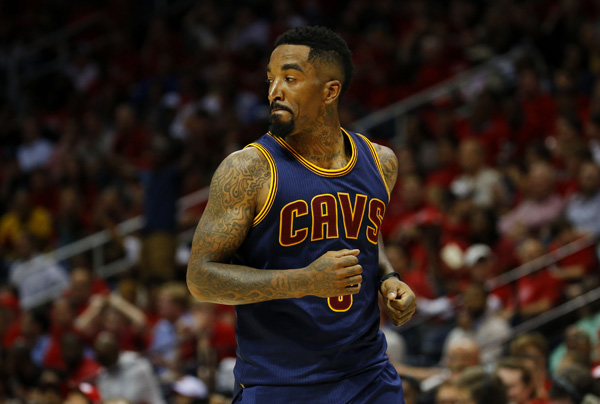 When it comes to repeating as NBA champions, as the Cleveland Cavaliers will attempt to do in the 2016-17 NBA season, one of the biggest components to success is roster continuity.

While the Cavs have brought most of its key players back from last year’s squad, there is still one holdout in contract negotiations, J.R. Smith.

Last season, Smith was a key player on the Cavs title team, starting 77 regular-season games while averaging 12.4 points on 40 percent shooting from three. He also started every game in the playoffs, averaging 11.5 points per game and burying several key 3-pointers as the Cavs erased a 3-1 deficit in the NBA Finals.

Starting on Sept. 1, Smith will officially have been a free agent for two months during one of the biggest free-agency summers in NBA history. Because of the giant bump in salaries league-wide, Smith has asked for a contract that pays him roughly $15 million per year according to HoopsRumors.com.

While that deal may seem crazy on the surface, players such as Evan Turner and Allen Crabbe have exceeded that price tag considerably with new contracts inked this summer.

According to Steve Kyler of Basketball Insiders, the Cavs have not been willing to go as high as $15 million, but have put an offer on the table in the $10 million range. Kyler also confirmed in another tweet that Smith’s agents and the Cavs are not far off on a deal, with only a few adjustments left to settle out.

The Cavs and J.R. Smith are not so far apart that a deal won't get reached – its ultimately how much for how long https://t.co/zbw4ry6iii

With the summer still in full swing, and the two sides acknowledging a willingness to get a deal done, there has not been much of a rush or need to negotiate a deal quickly.

After all, Smith has had a busy summer. He got married in August to Jewel Harris and then added a big addition to his family just a few days ago when he announced on Bleacher Report’s UNINTERRUPTED that he had a new dog named Cowboy.

But again, the summer is now starting to wind down with training camp and preseason just around the corner.

With those things in mind, the pressure may start to dial up on both sides to finally get a deal done.