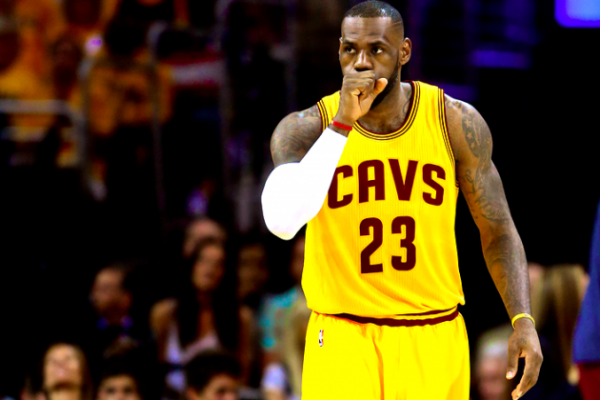 Gaining revenge against the Golden State Warriors in the NBA Finals might have some people thinking that LeBron James’ edge has been dulled due to his achievement of winning an NBA title for Northeast Ohio with the Cleveland Cavaliers. However, with Golden State adding Kevin Durant to its roster, James has reportedly become obsessed with repeating history this season.

Lee Jenkins of Sports Illustrated, who wrote the 2014 article that announced James’ return to Cleveland and the recent cover story about his return, was interviewed by UpsideMotor.com about a variety of topics. One query surrounded whether Jenkins had been able to get a sense of James’ motivation for the upcoming season.

“I was expecting a different sense about him when we met up, because I figured there shouldn’t be as much pressure on him now that he’s accomplished the impossible,” Jenkins said. “But he seems just as driven as if he hadn’t just won an NBA championship for Cleveland.”

Jenkins also noted that James’ ability to deliver under pressure is helping him focus more closely on the task at hand.

“He’s so accustomed and comfortable with pressure; he just thrives off that pressure,” Jenkins remarked. “He’s definitely working harder in the gym, earlier this offseason and people around him will tell you that.”

Despite winning his third NBA Finals Most Valuable Player award, James once again finds himself in a position where his team is expected to come up short in the 2016-17 postseason. Jenkins believes that the challenge ahead helps keep James in high gear.

“The pressure just never stops for him and the stakes are always rising,” Jenkins said. “He beats a 73-win team after coming back from down 3-1 in the NBA Finals and now he has to try to beat them again, after they’ve added Durant. It’s never static with LeBron.”

The Cavaliers begin the defense of their NBA title on October 25 when they host the New York Knicks.