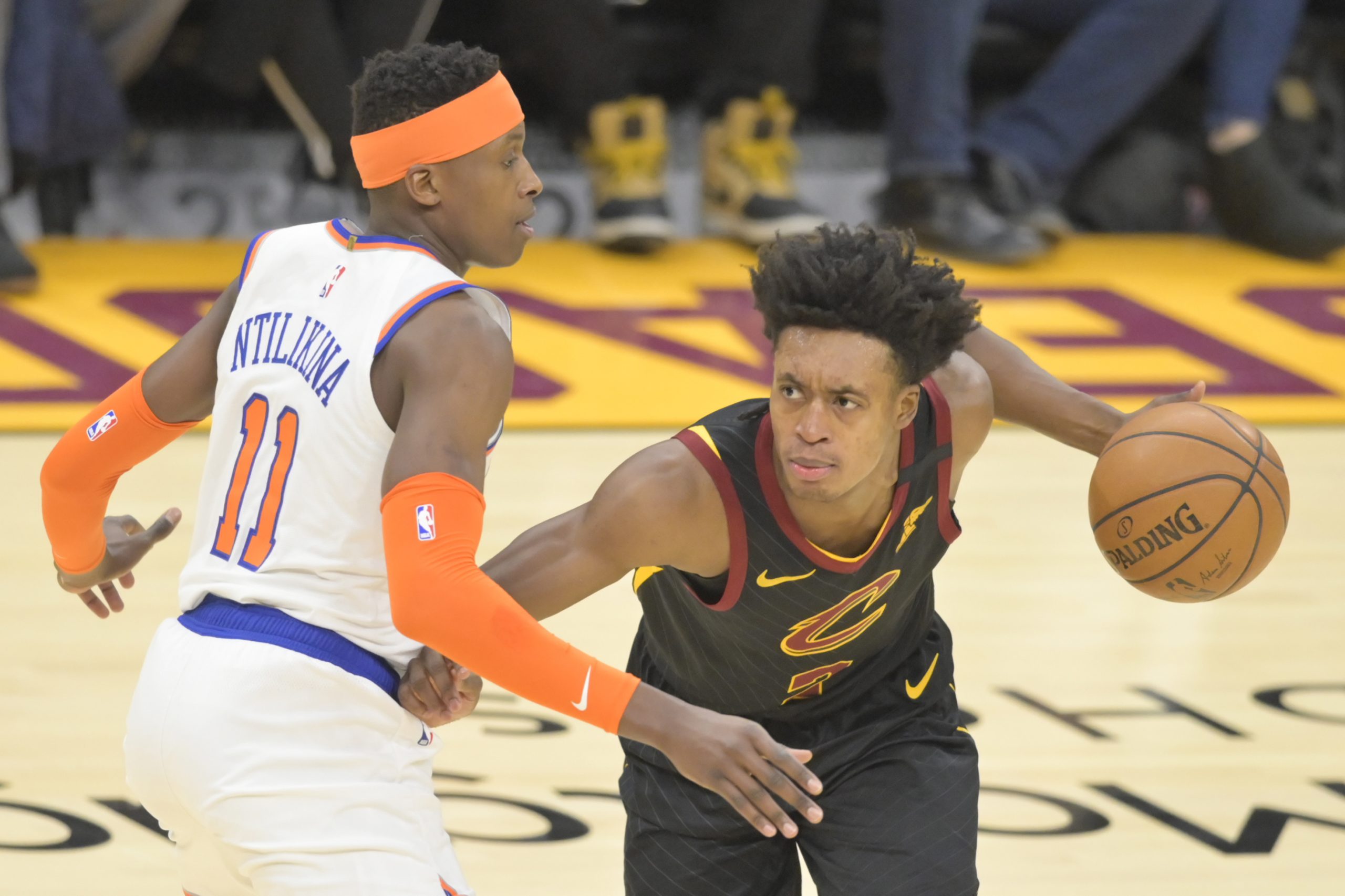 The Cleveland Cavaliers were shelled by the New York Knicks on Monday night, 106-86.

The 20-point loss came as something of a shock considering the Knicks are one of the few teams that are struggling through the 2019-20 season like the Cavs.

Currently, both teams have a 12-32 record on the season.

Given that fact, it perhaps shouldn’t come as much of a shock that second-year guard Collin Sexton took Monday night’s loss quite hard.

Following the game, veteran teammate Kevin Love showed support for Sexton, reminding him to keep his chin up amidst the disappointment.

“We have to keep that in mind. I mean Collin was pretty hard on himself tonight, it’s like that sometimes,” Love said. “I’ve had games, not only early in my career, but later too that you don’t necessarily have your legs, the ball didn’t necessarily go down. I told them, look at me, the last four or five games I had so many damn shots go in and out, it’s just like that sometimes. It’s a game of ups and downs, and the type of player he is and a lot of guys that we have, it’s more often than not those types of shots are going to go in and games are going to be different and decided in different ways. So, we just have to not get too high, not get too low, just continue to push and get through it because not only is it a long season, there is obviously light at the end of the tunnel. We’re going to keep getting better.”

Love has had his behavioral issues at times this season. Knowing that, it’s great to see him sticking up for his younger teammate.

As for Sexton, he had an utterly forgettable game against the Knicks. Though he scored 17 points in the game, he shot a dismal 6-of-20 from the field.

Still, there have been promising signs for Sexton in his second year in the NBA. He’s averaging 19.1 points per game this season, marking a clear uptick from his rookie year when he averaged 16.7 points per game.

Sexton will get a chance to put Monday’s performance behind him, when the Cavs host the Washington Wizards on Thursday.

Hopefully, he makes good on that opportunity.