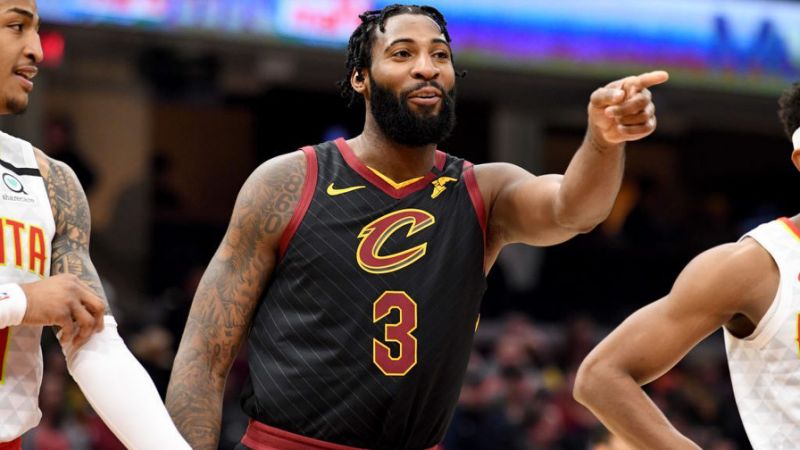 Cleveland Cavaliers center Andre Drummond offered help to one individual who was financially affected by the coronavirus pandemic by leaving a $1,000 tip for his waitress on Sunday.

Drummond was dining with a woman and young boy at Che Restaurant in Delray Beach, Fla. when the final bill came to $164.25. 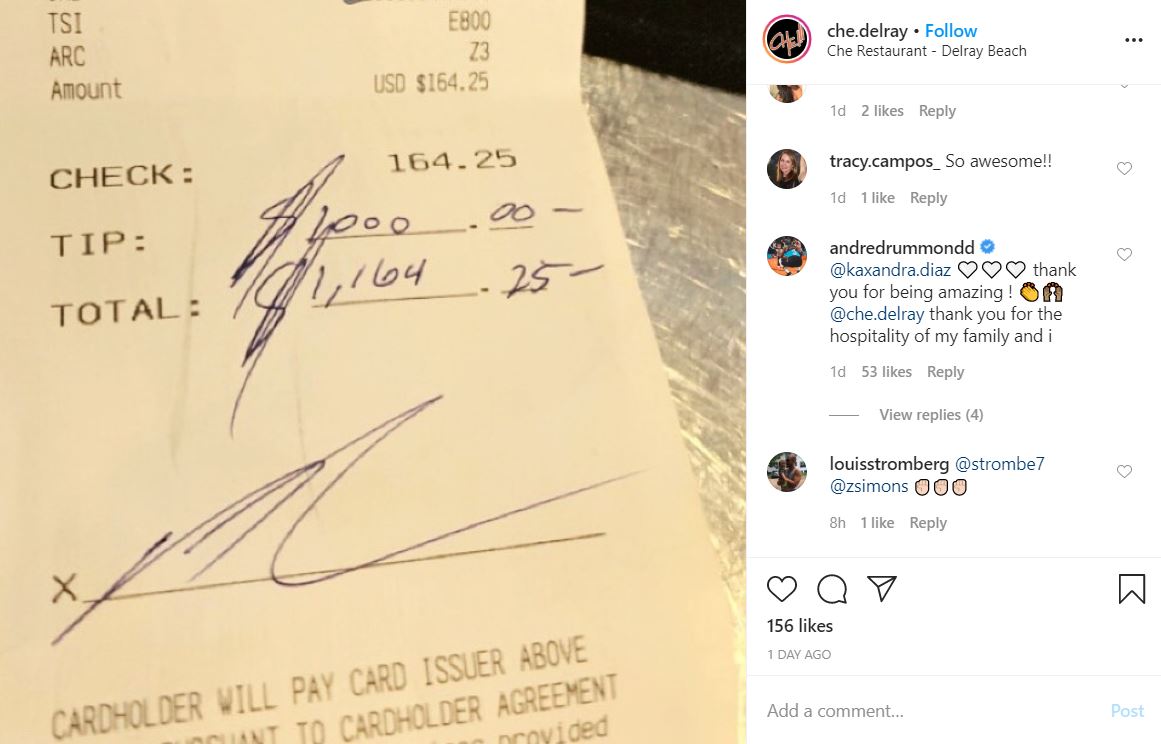 A 20 percent tip would have ordinarily come to roughly $33, but Drummond made sure that he recognized the efforts of his waitress, Kasandra Diaz.

When Diaz went back to her restaurant station, she took a look at the signed check and was stunned to see the $1,000 amount written on the tip line.

Unsure if Drummond had made a mistake, Diaz returned to his table to confirm that the tip was legitimate, which was promptly confirmed.

“He said, ‘Of course, no problem,’” according to Jose Diaz, the restaurant’s manager.

Diaz later made sure to publicly acknowledge Drummond by posting the news on social media.

Today, started off as slow day at work getting there for my double shift. The past week, overall, has been pretty slow of course due to COVID. Restaurants and staff have been struggling, as you can imagine. Little did I know that today I would get a tip no server would guess that they would ever receive when they open that check book. Unknowingly, I was seated and served a table with @andredrummondd . I had no idea who he was, and hadn’t seen him here before but we @che.delray always welcome our new customers. When I was given the checkbook, I went to put in the tip & information to close the table and I couldn’t believe it. From a $160 check, the tip read $1,000. I was shaking and had tears of happiness after what he left me. I had no idea how to react, I didn’t want to draw attention but at the same time I couldn’t describe the the amount of appreciation I had/ have. It’s so amazing to see people displaying acts of kindness in these uncertain times. This is a story I will never forget, thank you again so much @andredrummondd !! #Blessed

Even though Drummond has been away from the court for more than two months, he can afford such generosity, considering his salary for the 2019-20 season is $27.1 million.

The 26-year-old Drummond has a player option with the Cavaliers for next season worth $28.75 million. While some early reports after he was traded to the Cavs in February indicated that he would pick up the option, that move has yet to become official.

Whenever Drummond does takes the court again, it’s clear that his newest fan will be cheering him on.