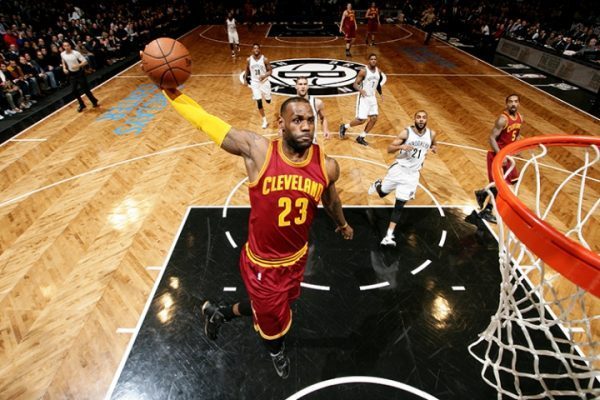 The Cleveland Cavaliers begin the season at home on the league’s opening night, Oct. 25, when the team will be raising its championship banner as well as receiving its well deserved championship rings. Their opponent will be the revamped New York Knicks, who happened to be the Cavaliers’ opponent two years ago in LeBron James’ first game back with the team.

As previously mentioned last week, the Cavs will be hosting their NBA Finals opponent from the last two years, the Golden State Warriors on Christmas Day. That’s a switch from last year, when Cleveland began a four-game road trip on the holiday by traveling to face the Warriors. The game will tip off at 2:30 p.m. ET on ABC. That’s a switch from last year’s 5 p.m. start, most likely in an attempt to avoiding going up against the late afternoon NFL game scheduled on NBC.

The team’s longest road trip will be a primarily West Coast swing that begins in Brooklyn on Jan. 6. However, the remaining five games will all be Western Conference foes, capped by the Jan. 16 trip to Golden State on Martin Luther King, Jr. Day. Like the Christmas game, that’s a switch from last year’s matchup on the holiday, with the Cavaliers hoping that it’s the Warriors that put up a miserable performance this time.

One week before that trip begins, Cleveland closes out 2016 with a New Year’s Eve contest in Charlotte to face the Hornets.

The Cavaliers will be on ESPN 10 times, while only making it onto TNT four times — one of those being the road matchup against the Warriors. Over broadcast television, the Cavs will be on ABC six times, beginning with the Christmas Day clash and four of the remaining five games being Saturday night feature games.

Two matchups in Miami on March 4 and April 10 will attempt to solve the riddle that’s baffled the Cavaliers since the return of LeBron James. Over the past two years, the team has dropped all four contests in South Beach and will look to wipe away that goose egg.

Two members of the 2015-16 team that left in free agency will be able to pick up their championship rings just before Christmas, unless they choose to have their rewards mailed to them. First will be Timofey Mozgov, who returns to Cleveland with his new Los Angeles Lakers squad on Dec. 17. That’s followed four nights later by the return of Matthew Dellavedova, when his new team, the Milwaukee Bucks, comes to Quicken Loans Arena.

Finally, a game that might not ordinarily be something to look forward to is one that many Cleveland fans should mark down. On Veterans Day, the Cavaliers are scheduled to make the first of two trips to Washington.

However, the reason for such excitement is that unless something drastic occurs, the day before (Nov. 10) will be when the team is honored at the White House. That’s because it’s the only time before Jan. 20 (when President Barack Obama leaves office) that the Cavs will travel to the nation’s capital. The team plays at home against the Atlanta Hawks on Election Night, Nov. 8, and will then have two days off.