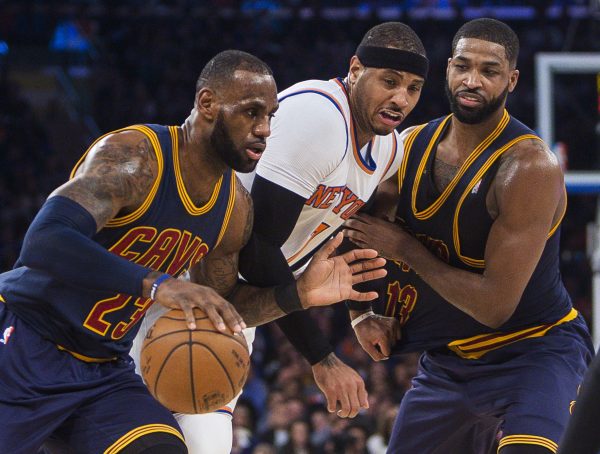 Prior to the New York Knicks trade of Carmelo Anthony to the Oklahoma City Thunder on Saturday, the possibility of the Cleveland Cavaliers acquiring the disgruntled superstar was still possible. However, what the Knicks asked for in return quickly ended any chance of a deal going forward.

Joe Vardon of Cleveland.com reported on Sunday that New York had asked for center Tristan Thompson in exchange for Anthony, which never gained any traction. The Cavaliers had preferred to deal players like former Iman Shumpert and others, which would have been needed to accommodate Anthony’s steep contract. That offer was rejected.

Vardon also noted that an inquiry was made about the Brooklyn first-round pick that had been acquired in the deal that sent Kyrie Irving to the Boston Celtics, something that was also quickly rejected for the following reason:

“The Cavs view the Brooklyn pick they own for 2018 as invaluable for multiple reasons,” Vardon wrote. “Trading the Knicks their own first-round pick would prevent them from being able to move the Brooklyn pick later this season.”

The Knicks ultimately chose to deal Anthony to the Thunder in exchange for Enes Kanter, Doug McDermott, and a 2018 second-round pick. The reason for quickly moving on was that New York was in the position of opening up training camp with a player who no longer wanted to play for a franchise that has struggled for years.

The Cavaliers open up their training camp this week, with media day set for Monday.