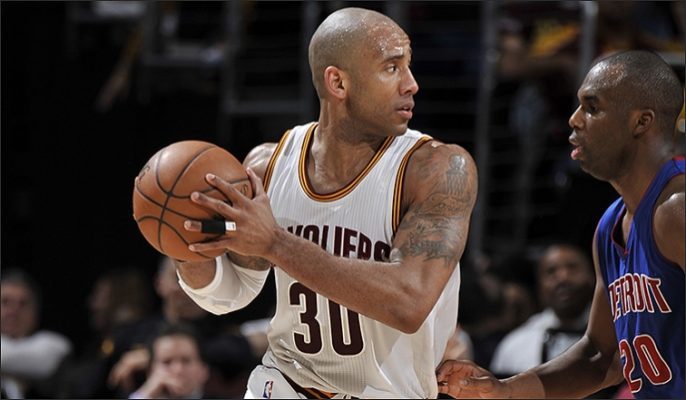 On Saturday, the Cleveland Cavaliers announced that they were releasing veteran swingman Dahntay Jones. However, just hours after the decision was announced came word of the possibility of Jones returning via a veteran minimum contract for next season.

The Cleveland Cavaliers could ultimately bring Dahntay Jones back for the 2016/17 season on a vet min deal, per a league source

The 35-year-old Jones was signed on April 13, the last day of the 2016-17 regular season. Having played 13 seasons in the NBA, Jones has been a member of seven other teams, with his effort on the court for the Cavaliers limited.

Still, Jones played an important part in blunting a rally by the Golden State Warriors during Game 6 of the NBA Finals on June 16. Scoring five consecutive points and drawing two fouls on the Warriors’ Draymond Green, Jones’ unsung role helped win that game, which set up the Cavs winning the NBA title three nights later.

Jones’ other important role came in Game 3 of the Eastern Conference Finals against the Toronto Raptors. Late in a game that Toronto had put away, Jones struck then-Toronto center Bismack Biyombo in the groin, earning a one-game suspension. The hit was in retaliation for an earlier flagrant foul by Biyombo for essentially tackling teammate LeBron James.