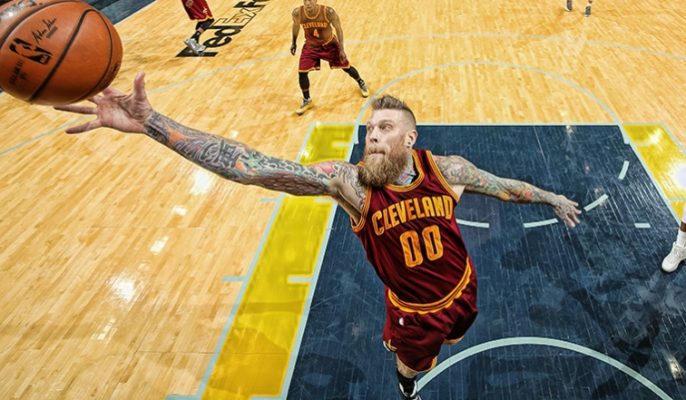 The news comes from head coach Tyronn Lue, who says that the Cavs have already signed the center.

However, some sources are claiming that the news is a bit premature.

According to a team source, the Cavs are "working on" signing Chris "Birdman" Andersen, as Ty Lue alluded to on @NBATV

Andersen, who turned 38 on Thursday, averaged 4.6 points and 4.5 rebounds in 20 games with the Memphis Grizzlies last season. The veteran has played for the Denver Nuggets, New Orleans Hornets, Miami Heat and Grizzlies over the course of his 15-year career.

One key component that may have led to “Birdman’s” arrival in Cleveland is his relationship with superstar Finals MVP LeBron James. The two spent a couple of years together in Miami, including the Heat’s 2013 championship season.

Heat beat reporter Ira Winderman of the Sun Sentinel immediately pointed to the close relationship after the news broke out.

Birdman to the LeBrons makes all the sense in the world. Loved playing alongside him with Heat.

Although Andersen is 38, the center will likely play a solid role off the bench in the absence of Mozgov. His high energy and prior experience with James will come in handy for a Cavs team looking to defend their reign next season.