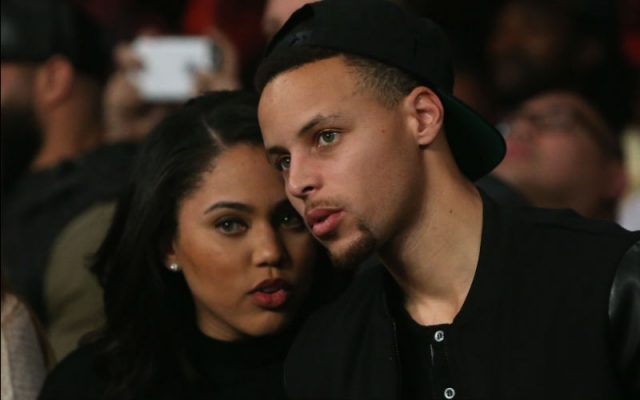 LeBron James is no stranger to verbal assaults from opposing players, coaches and fans. Over his illustrious 13-year career, James has consistently taken the proverbial high road when prodded by members of opposing organizations, and he continued to do that on the eve of Game 5 Sunday afternoon when responding to Klay Thompson’s words.

Thompson, discussing the suspension of Draymond Green and the presence of trash-talking in the NBA, insinuated that James should not take the talk personally as it is just a part of the game.

“I guess his feelings just got hurt,” said Thompson.

And like King James has done so many times in his career, he once again laughed off any comments coming from the Golden State Warriors.

“I’m not going to comment on what Klay said,” James told reporters. “It’s so hard to take the high road. I’ve been doing it for 13 years and it’s so hard to continue to do it. And I’m going to do it again.”

But just moments later, the jabs continued to come from the Warriors’ side of the table, this time from the wife of MVP Stephen Curry, Ayesha Curry, in the form of a tweet.

That dish is spicier than most of the recipes Mrs. Curry cooks up on her Food Network show.

And while James probably could have found a different route around Green while he was on the floor instead of stepping over him, the reaction from Green, which included punching James in his privates, was way over the line.

The NBA apparently agreed, as they gave Green a flagrant foul on the play, which resulted in the suspension, due to the fact that Green had already reached the allowable number of flagrant fouls in the postseason.

But at this point in the series, the harsh words from anyone, especially the wife of a player, will not make much difference to James.

His only focus is on extending the Cleveland Cavaliers’ season for another couple of games by winning Game 5 in Oracle Arena Monday night.

“At the end of the day we’ve got to show up and play better tomorrow night. And if we don’t, they’re going to be back-to-back champions,” said James. “And that’s it.”