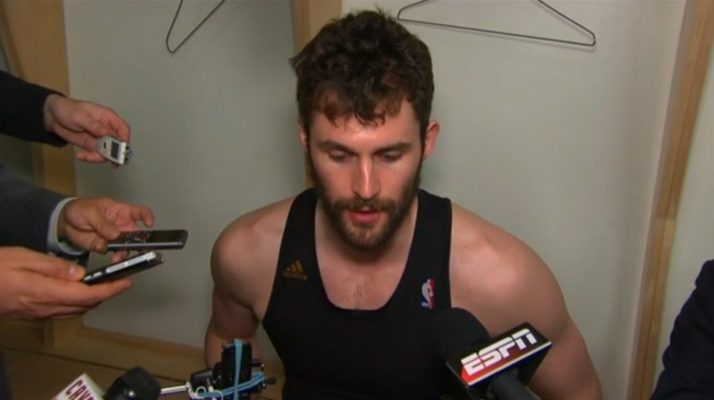 The playing status of Cleveland Cavaliers forward Kevin Love for Wednesday night’s pivotal Game 5 of the Eastern Conference Finals against the Toronto Raptors doesn’t appear to be in question and he’s expected to be back in the lineup.

That news comes from Love himself, who left Monday night’s 105-99 loss with an injury and didn’t play in the fourth quarter.

“I think Kyrie (Irving) was shooting towards the end of the third quarter, and I stepped on the official’s foot, and it didn’t feel too great,” said Love. “More so the knee (than the ankle hurting). Will be sore tomorrow, but nothing that will prevent me from playing.”

Love struggled in both games played in Toronto, combining for only 13 points and 11 rebounds. In addition, he had severe trouble with his outside shot, especially in Saturday night’s defeat in Game 3.