LeBron James Says He Has Personal Game Plan for Game 4 vs. Raptors 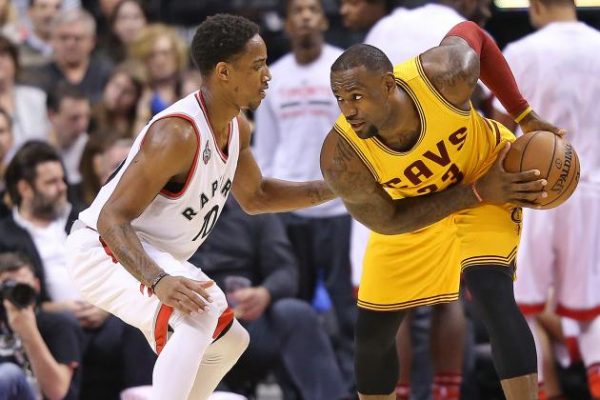 In the buildup to Monday night’s Game 4, the Cleveland Cavaliers’ LeBron James stated that he has a mysterious personal game plan which he didn’t elaborate on for obvious reasons.

“I have a game plan tonight personally that I believe will benefit our team tonight,” James said.

James made the comments following the team’s shootaround at Air Canada Centre earlier on Monday. Though James didn’t explain the remarks, the strong likelihood is that he’ll become a more prominent part of the offense.

That’s because Cavaliers head coach Tyronn Lue indicated in his postgame remarks on Saturday night that, in retrospect, he should have called more plays for James. In that contest, James offered up only 17 shot attempts. That proved to be a fatal mistake, since the duo of Kyrie Irving and Kevin Love both endured rough shooting nights, connecting on just 4-of-28 (14 percent) from the field.

In the team’s 11 postseason games this year, James has yet to break the 30-point barrier. Whether or not he does it on Monday night remains to be seen. However, James has noted his leadership role on countless occasions and a win in Game 4 would put his team just one win away from reaching the NBA Finals for a second consecutive season.

While speaking with the media, James also indicated that he’d pay teammate Dahntay Jones’ fine, though it’s estimated that the assessment (which includes suspension from Monday night’s game) will only be for $80. That’s because Jones was only on the regular season roster for the team’s regular-season finale.