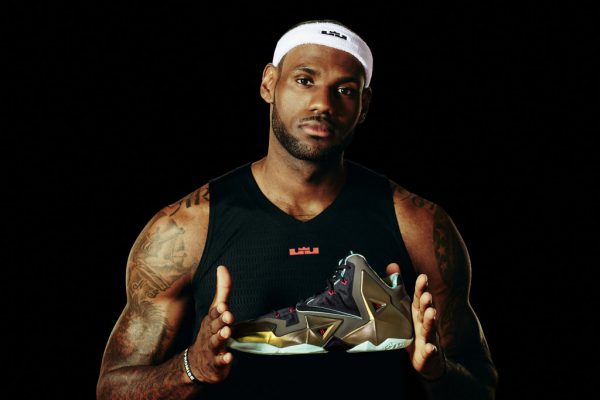 Maverick Carter may not be the most well-known person in the sports world. But to the financial success of LeBron James, there is nobody worth more to the King.

Carter is James’ business partner, and was one of the main people in the room when the four-time MVP signed a lifetime deal with Nike that initially was reported as being worth up to $500 million dollars. But since the story broke on Dec. 8, 2015, that speculative number has only risen.

“It meant a lot to me even when I signed my first deal just to be with Nike, and it means even more that they’ve given me this,” said James at the time. “It’s like I said, very humbling and grateful, and I’m going to continue to do my job and represent the brand the best way I can, like I know how. Hopefully, people will see that.”

And for the longest time, neither Nike, James nor Carter were willing to offer any real specifics into the deal, until Tuesday that is.

That’s when GQ published a Q&A with Carter, where the master negotiator indicated that the deal was worth at least $1 billion, and quite possibly even more over time.

GQ interviewer Mark Anthony Green posed the question to Carter, “How much was the deal for?”

After initially declining the answer the question, Green pushed a little harder, even citing Kanye West as a source of information for the $1 billion dollar figure.

“Yeah it’s a fantastic deal. Nike feels great about the deal. That’s the most important thing. As great as I feel, as great as LeBron feels — Nike feels fantastic about it. It’s the largest deal in the history of the company. Their hope is he makes even more. And our hope is that, too, obviously,” Carter told GQ.

Carter also discussed his negotiating techniques, and did his best to assess just how much worth someone has within an organization or franchise.

“There is no algorithm. There’s simply this: You never get what you deserve, you only get what you negotiate. So if you can negotiate for $99 after making someone $100 — that’s what you’re worth.”

If this Nike deal negotiated by Carter is truly set up to net King James a sum of $1 billion or more, then maybe the two-time champ has found his $99 dollar man.