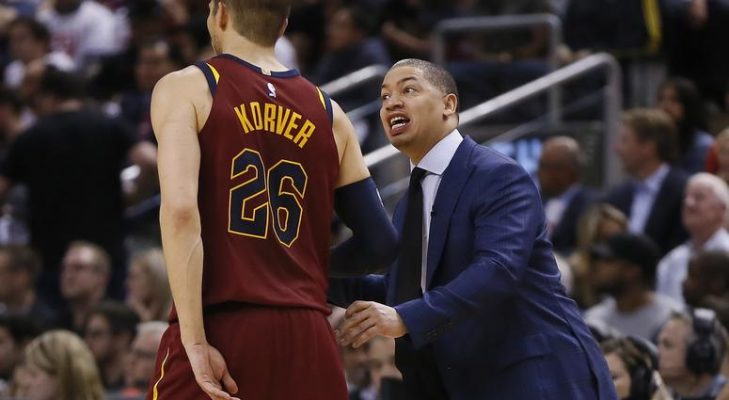 Considering his production, it’s pretty incredible that Korver is a 37-year-old veteran. That fact even shocked Cavs head coach Tyronn Lue, who spoke about the sharpshooting veteran’s performance in his postgame presser.

Ty Lue couldn’t believe it when he found out Kyle Korver is 37 years old ? (via @BleacherReport) pic.twitter.com/x7l5cTaJxP

“I just can’t say enough about him and the veteran guys that we’ve had come through here,” Lue said following the game. “They know what it takes and understand what it takes to win.”

A reporter in the room then reminded Lue of Korver’s advanced age.

So far in the Eastern Conference Finals, Korver is averaging 11.0 points per game on 57.7 percent shooting from the field and 47.4 percent from three-point land. He’s also been the only non-starter on the Cavs to reach double-digit scoring in each of the Cavs’ two wins in the series.

Korver and Cavs will now enjoy just one day of full rest before heading back to Boston for a pivotal Game 5 on Wednesday. In that time, Lue would be wise to remember Korver’s advanced age and give him some rest so that he can have yet another productive night as the Cavs try to gain home-court advantage with a win in Boston.