Toronto Raptors to Be Short-Handed vs. Cleveland Cavaliers 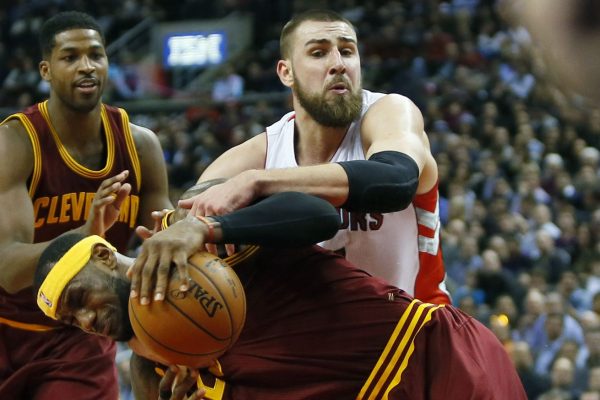 When the Cleveland Cavaliers begin their Eastern Conference Finals series against the Toronto Raptors on Tuesday night, they won’t have to deal with Toronto center Jonas Valanciunas for at least the opener and likely each of the first two games.

ESPN.com’s Brian Windhorst indicated that Raptors head coach Dwane Casey had definitely ruled Valanciunas out for Game 1 and said his status for Thursday’s Game 2 is doubtful.

Valanciunas has been absent from the Toronto lineup since the third quarter of Game 3 of the Raptors’ series against Miami. During that Game 3 contest, Valanciunas attempted to grab a rebound and suffered the ankle injury as a result.

On Friday,  Casey had indicated that Valanciunas was “nowhere close to being ready to play,” but didn’t give any indication as to when the center may be able to return to the Raptor lineup.

In 10 postseason games this season, Valanciunas has averaged a double-double for Toronto, with 15.0 points and 12.1 rebounds to his credit. In addition, he’s swatted away an average of 1.4 shots per game.