Report: J.R. Smith to Skip Cavs Minicamp This Week Due to Contract Dispute 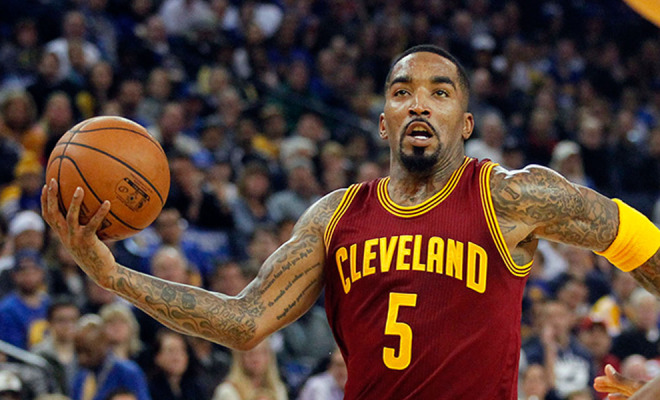 Members of the Cleveland Cavaliers are getting together for a minicamp in Santa Barbara, CA this week, though the contingent will be missing one key piece from last season’s championship run: free agent shooting guard J.R. Smith.

ESPN’s Brian Windhorst reported on Monday that due to Smith’s current unsigned status, he’ll skip the get-together. The veteran has been seeking a multi-year deal that would pay him $15 million a year, with no apparent progress having taken place. The rumored holdup is reportedly focused on the number of years the team is willing to offer the 31-year-old guard.

While the expectation among most observers is that Smith will eventually sign with the Cavaliers, that deal may not come until much of the preseason training camp has been completed.

Those circumstances would be similar to last season’s, when restricted free agent Tristan Thompson also remained unsigned. The center missed last year’s minicamp that was held in Miami and the ensuing training camp. He eventually signed a multi-year deal with the Cavs just before the start of the regular season.