Don't Miss
Home / Videos / Video: LeBron James Fires Back at Reporter Who Accuses Him of Flopping

Video: LeBron James Fires Back at Reporter Who Accuses Him of Flopping 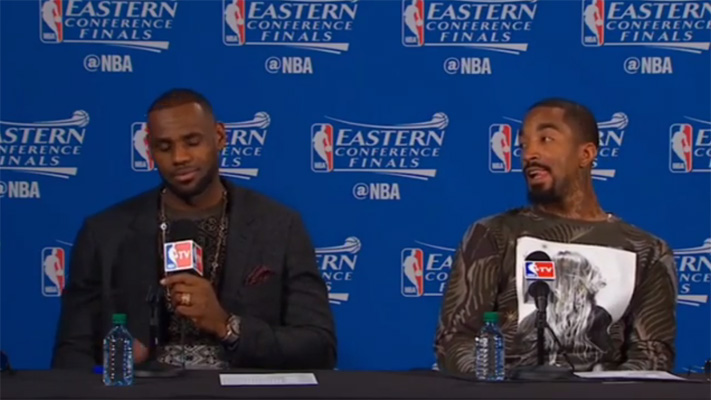 During LeBron James and J.R. Smith’s postgame press conference on Saturday night, a reporter addressed the technicals that were assessed during Game 3 of the Eastern Conference Finals, which left James on the ground at the end of the play.

The reporter’s question went as follows:

“Looked like, I don’t know. Did you realize who hit you and was it as bad as it looked? Or were you maybe trying to sell a call a bit?”

That’s when James fired back:

“You’re whack. Not trying to sell a call. Sell a call for what? There was no call there to be sold and that’s it. I was going to say something else to you, but I’m going to leave it alone.”