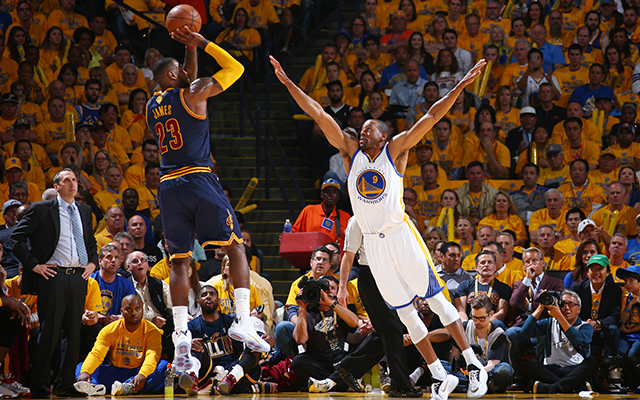 Having made continuous improvement in one of the cornerstones of his career, the Cleveland Cavaliers’ LeBron James is planning on spending this offseason working on an area of his game that could make him dangerous from anywhere on the floor.

According to general manager David Griffin, that area is his 3-point shot, with his teacher on the effort being new assistant coach and former teammate Damon Jones, who connected on 39.0 percent of his long-range shots during his career.

James has seen his numbers in this category drop each year after a high of 40.6 percent while with the Miami Heat in 2012-13. Since that time, the percentages have fallen to 37.9 percent the next year, 35.4 percent in his first season back with the Cavaliers and 30.9 percent last season. The latter number marked his lowest percentage since his rookie year in 2003-04.

James did improve those 3-point numbers this past season to 34.0 percent in the playoffs. However, being able to use him as a long-range weapon consistently this year would force opposing defenders out of the paint and would potentially open up shooting opportunities for other teammates.

Jones is expected to instruct James in focusing on the catch-and-shoot method, a style that’s also favored by J.R. Smith. Following in Jones’ footsteps would mean that James would be bending his knees on such shots and keeping a compact shooting motion.

The single-season record for James when it comes to 3-pointers is 132 in 2008-09. If Jones is able to transform James’ mechanics, that record figures to be obliterated and the Cavs will have a new weapon to battle the revamped Golden State Warriors.