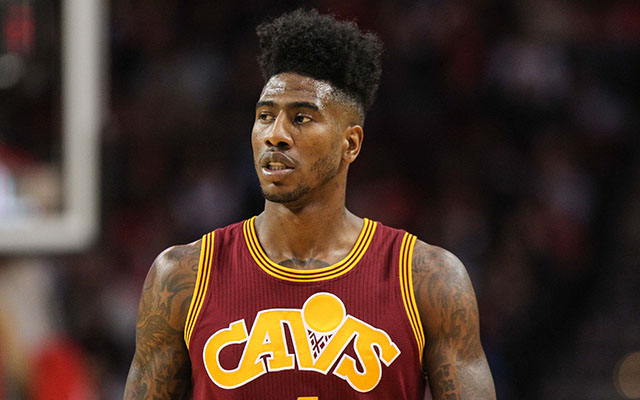 Cleveland Cavaliers guard Iman Shumpert was held out of practice on Friday and is currently listed as day-to-day after he “tweaked” his shoulder in Thursday night’s 106-95 victory over the Chicago Bulls.

The description of Shumpert’s shoulder problem, which was reported by Chris Haynes of Cleveland.com, came from head coach Tyronn Lue. The issue developed immediately after Shumpert stole the ball from the Bulls’ Doug McDermott.

“During the game last night he said he was fine,” Lue said, “but today it was a little sore, but we’ll see how he is going forward.”

The issue could be troublesome for the Cavaliers, since it’s the same shoulder that Shumpert separated last season while he was still a member of the New York Knicks. That delayed his debut with the Cavaliers by a few weeks.

Shumpert’s potential absence from the lineup on Sunday will make an already-challenging matchup against the Oklahoma City Thunder that much more difficult.