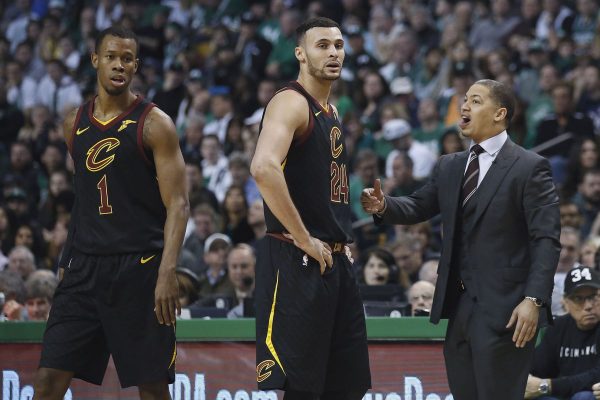 The statuses of both Larry Nance Jr. and J.R. Smith for the Cleveland Cavaliers‘ Friday night road game against the Minnesota Timberwolves remain up in the air. Both players sat out the Cavaliers’ season opener in Toronto on Wednesday night.

Larry Nance remains questionable for tonight. No one really knows on JR. Nance (ankle) and Smith (elbow) did not play against the Raptors

Both Nance and Smith suffered their injuries last week, with Smith previously dealing with a hip problem during the Cavs’ training camp.

Earlier this week, Nance signed a contract extension with the Cavaliers. Once he takes the court again, he’ll start his first full season with the the team after being acquired in a deadline deal last February.

Smith had hoped to start the season strong after two down seasons that were marked by injury and a decline in his production. Unfortunately, the most prominent bit of news during the preseason came during Smith’s first appearance of the season in a Oct. 6 game against Boston. In that contest, Smith nearly became embroiled in an on-court brawl and was later fined $15,000 for his actions.

If neither player is able to compete against Minnesota, their next opportunity will come in the Cavaliers’ home opener on Sunday against the Atlanta Hawks.