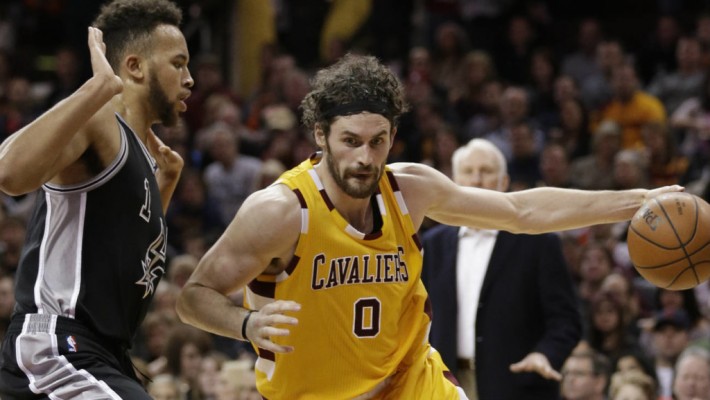 According to Jason Lloyd of the Akron Beacon Journal, Kevin Love, Iman Shumpert, and Anderson Varejao are expected to remain with the Cleveland Cavaliers past the trade deadline.

“The odds of them actually striking a significant trade prior to the deadline, however, remain slim,” says Lloyd.

More realistically, the Cavs are looking to make a minor move to improve the bottom of their rotation while keeping its core group intact.

The Cavs remain committed to winning a championship with Love this season and Shumpert remains the team’s top defender.

One player whose name that keeps being mentioned in the trade talks is Orlando Magic forward Channing Frye.

Cavs General Manager David Griffin remains keen on acquiring Frye as the two spent time together in Phoenix in the past. Griffin actually tried to sign Frye two seasons ago when he was a free agent, but the Cavs had to save cap space for the return of LeBron James.

Cleveland resumed practice on Wednesday and James said that the Cavs went about their business as usual, even amidst all the trade banter:

“Guys came here today and they worked as if nothing was going on or any speculation was going on,” James said. “That’s the case of true professionals.”