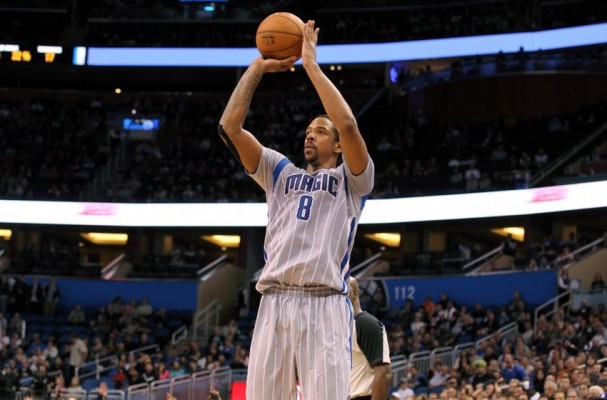 With Thursday’s trading deadline getting closer, the Cleveland Cavaliers’ main target toward making a deal appears to be veteran Orlando Magic veteran forward Channing Frye. However, added speculation is that the Los Angeles Clippers may end up offering more to get the 32-year-old, who’s currently in his 10th season in the league.

A tweet from Yahoo Sports’ Adrian Wojnarowski was among the most prominent mentions that noted the Cavaliers’ interest.

Frye has seen action in 44 games this season for the Magic, starting 29 of those contests and averaging just over 17 minutes a game. He’s averaging 5.2 points and 3.2 rebounds per game, below his career numbers of 9.3 and 3.9, respectively.

The Cavaliers would most likely use their trade exception from the Brendan Haywood deal to Portland last year to cover the remaining cost of Frye’s $7.8 million salary for this season. Frye’s also scheduled to make just over $7.4 next season.

A future draft pick would most likely also be sent to Orlando, with an additional trade component possibly being rarely-used forward Sasha Kaun. Dealing Kaun would also open up another roster spot.

With regard to the Clippers’ proposed deal, Los Angeles would reportedly be sending Lance Stephenson, C.J. Wilcox and a second-round pick to the Magic. There’s no word on the status of this proposed deal.

NBA teams have until Thursday at 3 p.m. ET to complete any deals.