Don't Miss
Home / Media / Chris Bosh: LeBron James Is One of the Best Teammates I’ve Ever Had

Chris Bosh: LeBron James Is One of the Best Teammates I’ve Ever Had 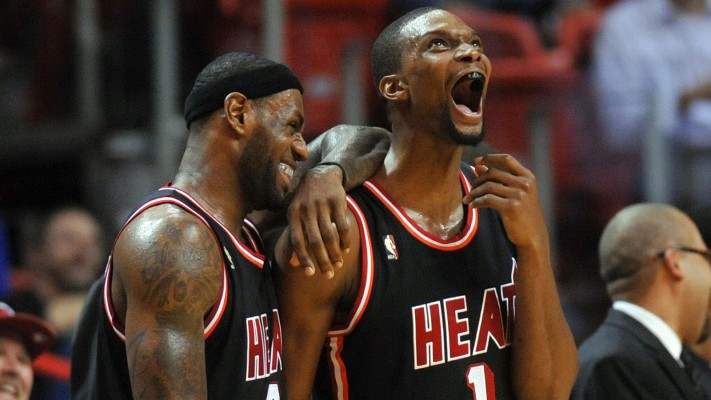 The image of LeBron James has fluctuated up and down over the course of his career, with the most recent image being the damaging assertion that he’s a coach-killer. Such comments came in the wake of the Cleveland Cavaliers firing David Blatt on January 22.

However, Miami Heat forward Chris Bosh, a former teammate of James from 2010-14, disputes such a notion, according to a tweet from Ethan J. Skolnick of the Miami Herald:

Bosh defending LeBron: "he's not a coach killer. He's not anything like that…. He's one of the best teammates I've ever had."

James and Bosh, combined with veteran guard Dwyane Wade served as the cornerstones for the Heat’s four consecutive trips to the NBA Finals. In 2012 and 2013, Miami won the NBA title.

After Blatt was fired, James was accused of orchestrating his dismissal, a charge that had periodically been made over the course of their 18-month relationship. Other claims were then made that he had also attempted to get his then-Heat head coach, Erik Spoelstra, only to be shot down by team president Pat Riley.

No proof was ever offered by anyone making any of the claims, and Cavaliers’ general manager David Griffin dismissed the idea when the press conference announcing Blatt’s dismissal took place.