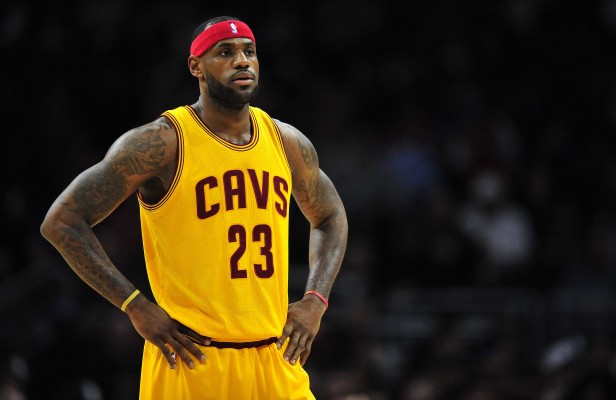 It would appear LeBron James is taking a “wait and see” approach before he decides to officially return to Cleveland next season.

General Manager David Griffin stated that James has been conferring with him daily about the Cleveland Cavaliers roster.

“But about the Cavs’ roster?

Griffin went on to elaborate even further about James’ attitude when it comes to potentially shaping the Cavs roster for the 2015-16 season:

“He is not dark. It’s been great. He’s been very much engaged with us on a lot of different levels. It’s been positive.”

While it is nice that the best player in the game is being assertive in regards to who he would like as potential teammates in the near future, it presents problems because James’ friendships with certain players can get in the way of what is actually best for the franchise’s future.

For example, J.R. Smith is a good friend of the four-time MVP and James would like Smith to be back in Cleveland, but the shooting guard just opted out of a deal that would have paid him $6.4 million next season.

Reports have it that Smith has opted out with hopes of getting more money and a long-term deal with the Cavs.

Regardless of how much James and Smith like one another, there is no reason the franchise should pay the veteran shooting guard more than the $6.4 million a year he was due after he shot 31.2 percent from the field versus the Golden State Warriors in the NBA Finals.

While it is nice the organization is placing a lot of emphasis on LeBron’s opinion, they have to remember that he is a player first and not a front office executive.

Here’s to hoping both sides find a balance as the Cavaliers go through free agency.