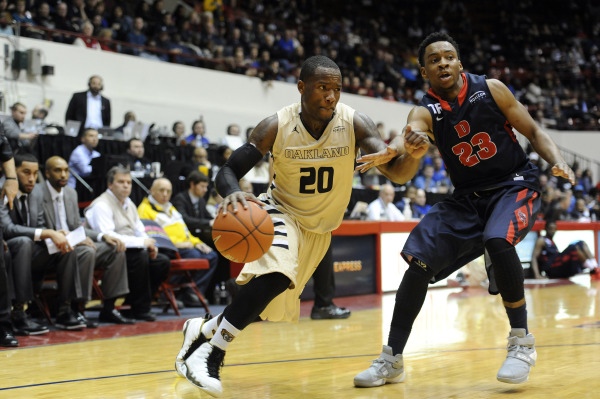 It looks like the Cleveland Cavaliers did make a move on draft night after all.

The Cavs, who entered the night without a draft pick, went on to pay $2.4 million in order to acquire the Atlanta Hawks’ 54th overall pick.

Cleveland is drafting Oakland guard Kay Felder with the No. 54 pick, buying it from Hawks, sources tell The Vertical. Explosive PG.

As it turns out, the Cavs may have gotten the steal of the draft, as Kay Felder is both explosive and as athletic as they come.

To no one’s surprise, LeBron James was supposedly a big proponent of Felder and pushed the Cavs to make the move.

Who was a proponent of Cleveland's pick of Kay Felder? LeBron James.