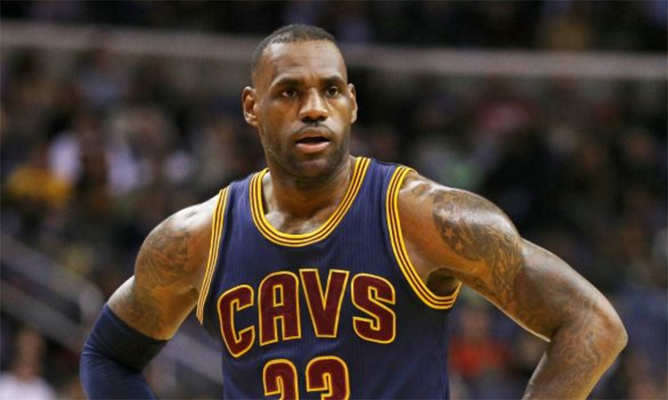 Many current and former NBA players have had aspirations to become a head coach in the NBA once their careers end—just don’t count LeBron James as one of those players.

Almost immediately after learning that the Phoenix Suns had fired their head coach Jeff Hornacek, James stated that one will never see him coaching an NBA team after he retires, via Chris Haynes of Cleveland.com:

“Man, I couldn’t be a head coach. Boy, I’ll get blamed for every little thing. Can you imagine that? Please.”

While James has dealt with a lot of attention and scrutiny over his 13 seasons in the NBA, it’s something that he’s comfortable with as a player—just not as a head coach:

“It’s the shoes that I’ve been put into it and I understand it, but it’s not a distraction at all. The only thing I’m worried about is winning. That’s all that matters to me. Everything else comes secondary and that’s all I’m about.”

The topic is ironic considering the Cleveland Cavaliers‘ own situation is somewhat similar to the one the Suns are facing right now. The Cavs fired David Blatt less than two weeks ago and promoted Tyronn Lue to be the head coach of the team.

Unlike being a superstar player, head coaches are fired rather frequently in the NBA. Blatt had led the Cavs to the best record in the Eastern Conference over the first 41 games of the year and was still fired.

Considering the number of head coaches that James has seen come and go over the course of his career, it has likely convinced him to go in a different direction once his playing career is over.