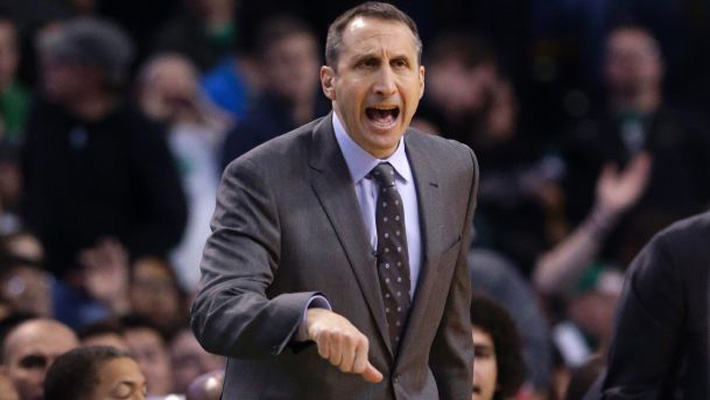 LeBron James and David Blatt have one thing in common—they both believe the Cleveland Cavaliers need to execute better.

After starting out the season with a record of 8-1, the Cavaliers have lost their past two games to the Milwaukee Bucks and the Detroit Pistons. Both of those squads are middle-of-the-pack Eastern Conference teams with a combined record of 11-11.

Following Cleveland’s loss to the Pistons on Tuesday, coach Blatt questioned the team’s toughness while James questioned their hunger.

On Wednesday, the team did not practice, but it went through an extensive film session instead. On Thursday, James stated that the head coach did not hold back in his criticism of the team:

“Coach Blatt got on us pretty well. Rightfully so, which he should have and we spent about 45 minutes in the film room. Yesterday was definitely not a day off. It was a day off from the court, but not from us preparing and still getting better.”

The four-time MVP further commented that the Cavaliers struggled with fundamental and mental mistakes over the last two games:

“It was great to actually watch the film from the last two games to see some of the mistakes we made. Some of the mental and fundamental and nasty mistakes that we were making like, ‘Why would you do that?’ mistakes. It’s stuff we can clean up.”

While the Cavs are missing two of their key players due to injury in Kyrie Irving and Iman Shumpert, it doesn’t mean that James or Blatt are letting up on their criticism of the team’s lackluster effort in many games this season.

James had nothing but positive words to say about how his head coach has handled the situation:

“He does his job, as great as any coach can do in this league. It’s up for us to go out and produce.”

Cleveland is still tied with the Eastern Conference’s best record at 8-3 with the Chicago Bulls.